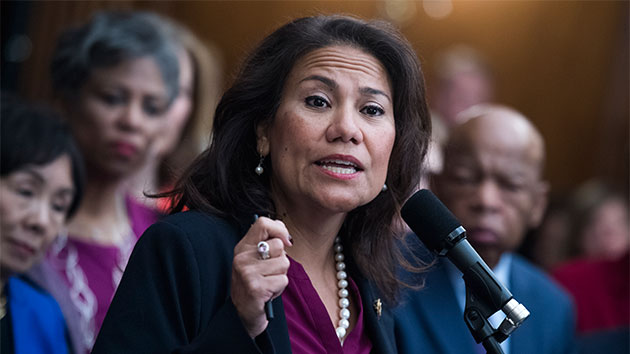 Tom Williams/CQ Roll Call(WASHINGTON) — Rep. Veronica Escobar (D-TX) said she and her constituents suspected the initial numbers the government was providing about child separations were inaccurate.

Her reaction comes on the heels of a federal report that stated more children were separated at the border than originally estimated.

Kirstjen Nielsen, the secretary of the department of homeland security, has defended the so-called zero-tolerance and said it was never U.S. policy to separate children.

We do not have a policy of separating families at the border. Period.

On Thursday, a spokesman for DHS said the department was looking at every option.

“The Trump administration has made clear that all legal options are on the table to enforce the rule of law, rein in mass unchecked illegal immigration, and defend our borders," said a spokeswoman in an emailed statement.

Still, Escobar does not feel confident the American public is getting the complete truth.

“I think the depth of the horror of family separation is unknown,” she said.

MGM to reboot horror classic ‘Blacula’
Brothers of prominent South Carolina family speak out after two relatives found dead
Crisis at the border: How it happened and what is being done
Man charged with hate crime after verbal, physical assault on family of Asian descent
DuBois Community Days: Interviews with entertainers, organizers
Harris defends telling migrants ‘do not come,’ not visiting US-Mexico border