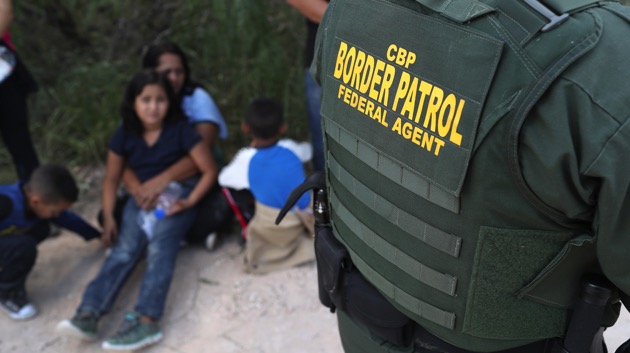 John Moore/Getty Images(WASHINGTON) — Under President Donald Trump's administration, thousands more kids may have been separated from their parents at the border under the Trump administration than was previously thought, according to an internal government report released Thursday, with a "steep increase" of such cases a year before "zero tolerance" began.
The latest findings by the Health and Human Services Inspector General's office suggests that tough immigration policies embraced early in Trump's term contributed to the family separations.
Also, poor communication among federal agencies and informal tracking systems made it difficult to track whether the kids ended up with their parents, other sponsors or in foster care, the internal watchdog reported.
"The total number of children separated from a parent or guardian by immigration authorities is unknown," according to the IG report.
While the government has identified some 2,700 children were separated in 2018 under zero tolerance, "thousands of children may have been separated during an influx that began in 2017" before a federal judge ordered the government to reunite the families, the report found.
"Zero-tolerance" was a policy announced in spring 2018 by then-Attorney General Jeff Sessions that mandated adults were prosecuted for trying to enter the country illegally. It resulted in the separation of thousands of kids, who cannot be subjected to lengthy detentions.
With the parent detained, the child would be designated an "unaccompanied" minor and provided to the HHS Office of Refugee Resettlement.
By June 2018, a federal judge ruled that the families be reunited. The Trump administration identified some 2,600 kids who had been put in government custody as a result of the policy and, by last December, told the courts there were only eight kids still waiting to be reunited.
HHS responded to the report with a detailed letter summarizing its efforts to care for the large influx of children. Lynn Johnson, the assistant secretary for children and families at HHS, said the agency remains committed to improving communication and transparency efforts related to migrant minors.
Copyright © 2019, ABC Radio. All rights reserved.

COVID-19 vaccines safe for kids despite rare heart complication: What parents should know
Report: Scarlett Johansson producing ‘Tower of Terror’ film for Disney
Cars and Coffee this Sunday for First Class Children’s Foundation
Harris, under GOP pressure to visit border, headed to El Paso on Friday
‘Arrow’ star Stephen Amell addresses report he was kicked off a flight
How the next Manhattan DA could impact the Trump investigation