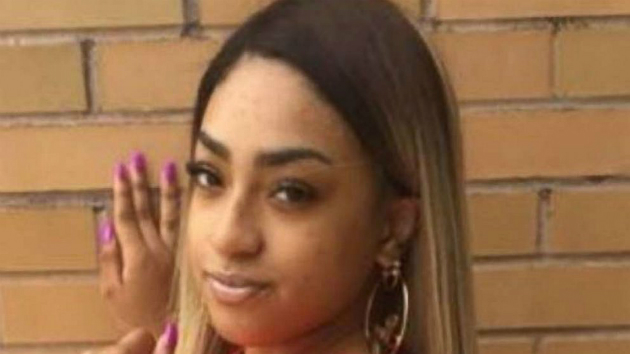 Pennsylvania State Police(PITTSBURGH) — Police have found a 16-year-old girl safe and taken her ex-boyfriend into custody after she was allegedly kidnapped from her home Wednesday.
The teen, who is the niece of WWE Hall of Famer Kurt Angle, was brought to safety from a home where the boyfriend, 19-year-old Jermaine Rodgers, had holed up, according to Pittsburgh ABC affiliate WTAE-TV. A SWAT team went in and was able to apprehend Rodgers.
Angle confirmed she was found safe in a Facebook post at about 6 a.m. on Thursday.
"My niece has been found," he wrote. "Just wanted to say thank you to all those who have prayed and have shared posts to help locate her. Thank you to the Pittsburgh Police for your persistence in finding my niece. My family is truly appreciative. Love you all."
According to WTAE, another missing woman was also found in the house where Rodgers was hiding.
Angle made a heartfelt plea on social media Wednesday afternoon, asking fans to help search for his teenage niece.
"My beautiful 16-year-old niece Marjani Aquil got abducted today by a 19 year old guy. Please call the police if you have seen this girl," Angle said in a Facebook post late Wednesday.
In a subsequent post, the wrestling star and 1996 Olympics gold medalist thanked his followers for their encouraging words and urged them to "continue sharing" Aquil's story.
"Please continue sharing. Thank you all for your support," he said. "Uncle Kurt Loves you Mini. Come back home to us safely. Please lets find my niece."
Aquil went missing from her Pennsylvania home on Wednesday afternoon, according to her parents, with police in Penn Hills, Pennsylvania, saying she appeared to have been abducted by an ex-boyfriend.
Rodgers was convicted on charges of kidnapping a minor in January 2018, court records show.
Rodgers was sentenced in December to one year of probation and required to complete a batterer's intervention program, WTAE reported. He was also ordered to undergo a mental health evaluation and have no contact with the victim, according to the report.
Court records do not indicate the victim of the previous kidnapping.
Copyright © 2019, ABC Radio. All rights reserved.