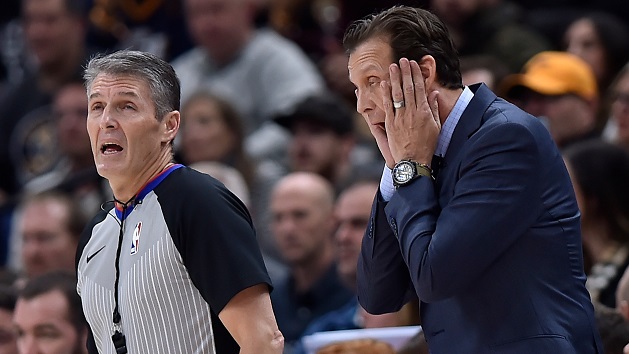 Gene Sweeney Jr./Getty Images(NEW YORK) — After trying it out last season, the NBA Referees Association will be answering questions in real time on social media during two upcoming games.

The idea was tested out during last seasons' finals. Fans can tweet questions to referees at their official Twitter account, @OfficialNBARefs, or by using the hashtag #RefWatchParty. Officials watching the games would respond from the official account, pointing out incorrect calls and answering questions from fans.

This season, the NBA league office is working with the referee union on the project. Refs will now be watching games at the NBA's replay center in Secaucaus, N.J. There, they'll have access to all the camera angles available to on-duty officials so that they can accurately answer questions.