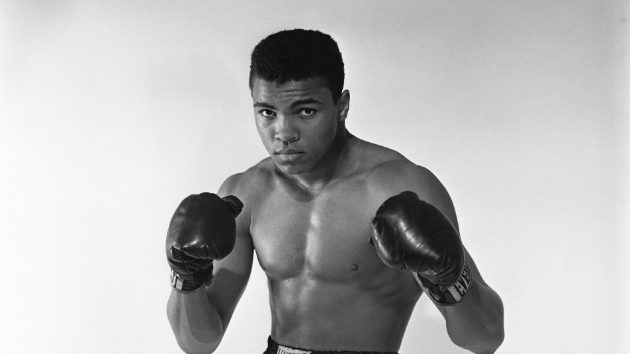 Stanley Weston/Getty Images(LOUISVILLE, Ky.) — Louisville, Kentucky's airport is now the greatest of all-time — well, according to its namesake.
The Louisville International Airport, one of the busiest in the country for cargo transport, is now the Louisville Muhammad Ali International Airport.
The airport announced the change Wednesday afternoon, saying, "On Wednesday, January 16 2019, the Board of the Louisville Regional Airport Authority voted to meaningfully recognize the legacy of the humanitarian, boxing legend and Louisville native, Muhammad Ali by renaming the airport in his honor."
Ali, the former heavyweight boxing champion and a civil rights icon, was granted the honor one day before his birthday. He was born in Louisville on Jan. 17, 1942 and died in June 2016.
Born Cassius Clay, he changed his name in 1964, the same year he won the heavyweight championship for the first time by defeating Sonny Liston. It was just two years later, though, that he refused to be drafted to fight in Vietnam, was sentenced to five years in prison and was stripped of the title. Though he appealed the criminal case, he was denied a boxing license nationwide and did not fight for three-and-a-half years in the prime of his career.
After the conviction was overturned on appeal, he returned to the ring against Joe Frazier in 1971 in a fight dubbed "The Fight of the Century." Ali lost for the first time in his pro career. He won the title for the second time in 1974 when he defeated George Foreman at the "Rumble in the Jungle."
Louisville Mayor Greg Fischer tweeted, "Muhammad Ali belonged to the world, but he only had one hometown."
Rep. John Yarmuth, D-Ky., called the decision "only fitting because he seemed to fly when he was in the ring."
"For millions of people around the globe, our airport is their first impression of Louisville, and I can think of no better way to introduce travelers to our community than Muhammad Ali and the values he embodied and fought for his entire life," Yarmuth said.
The airport will retain its location identifier initials of SDF.
Copyright © 2019, ABC Radio. All rights reserved.