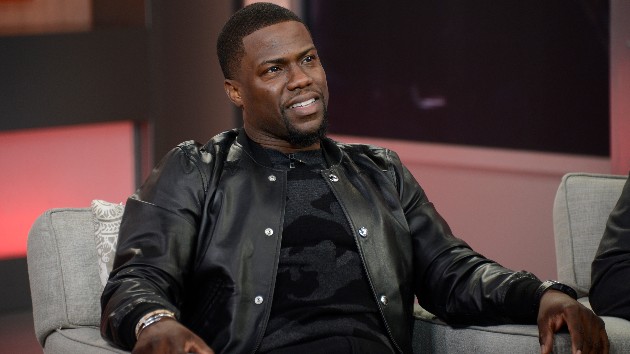 ABC/Ida Mae Astute(HOLLYWOOD) — Fresh off the #1 box office success of his latest movie The Upside, Kevin Hart has announced his next movie project.

The Jumanji actor is set to star in a live-action movie based on Hasbro's classic game Monopoly. It re-teams Hart with Ride Along director Tim Story, who is set to helm the project.

"Let's gooooooooo @timkstory ….We got work to do damn it!!!!!" he wrote, sharing a Deadline report about the casting.

"Still grinding with the attitude of an individual that hasn't accomplished anything yet. Let's gooooooooo HartBeat Productions."

Hasbro has been trying to make a Monopoly movie for at least a decade, reports Deadline, which notes that an early version of the story would have focused on a young man from Monopoly's cheapest property, Baltic Avenue, who attempts to make a fortune.

Despite the controversy surrounding his short-lived gig as Oscar host, Hart is obviously still a hot property in Hollywood, as the success of The Upside, co-starring Bryan Cranston, proved.