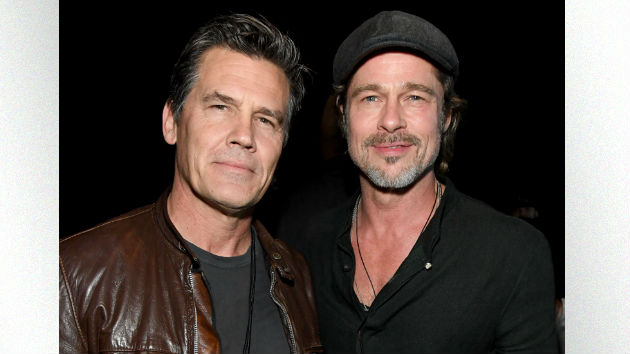 (LOS ANGELES) — Kevin Mazur/Getty Images for The Chris Cornell EstateThe "I Am the Highway: A Tribute to Chris Cornell" event at The Forum near Los Angeles was a night of music, passion and stars, but mostly — as many of the performers noted from the stage — a celebration of the life of the musician, who died by suicide in May of 2017.

Performers from the Foo Fighters, Metallica and Audioslave to Miley Cyrus and Adam Levine were joined by other special guests, including Brad Pitt introducing a special performance of Bob Marley's "Redemption Song" by Chris Cornell's daughter Toni Cornell and Ziggy Marley.

Jimmy Kimmel served as host for the evening. In his opening remarks, he said, "This is an emotional night for a lot of you and it’s a meaningful night for me as well…There are so many great artists here to remember Chris…I think you're going to remember this night for the rest of your life."

Despite pouring rain and traffic in the area, The Forum was packed, and even four hours into the show, the crowd stayed put, sang along and cheered, especially near the end, when Cornell's former bandmates from Temple of the Dog and Soundgarden — along with special guests like Fiona Apple, Peter Frampton and Taylor Momsen — played the fan favorites everyone had been waiting to hear.

In addition to the live performances, breaks between sets included videos and photos and clips of some of Chris Cornell's performances, showcasing his talent and especially his legendary vocal range.

A video at the beginning of the night featured celebrities from Jennifer Lopez to George Clooney talking about Cornell's commitment to human rights, adding, "Keep the Promise for Chris Cornell" and highlighting the hashtag #KeepThePromise.

There were emotional elements throughout the night as well as Cornell's bandmates, friends and collaborators shared their memories of Chris, expressing their wish that he could be there. But at the top of the show, his former bandmates insisted, "Chris is here with us tonight. He has the best seat in the house."

In the middle of the Foo Fighters' performance, Dave Grohl said, "I woke up a little sad this morning because I realized that with all this love, the one person who would have appreciated it the most can't be here tonight."

But Pearl Jam and Temple of the Dog guitarist Stone Gossard said, "I think we're all here for the same reason. I think it's to share and it's to grieve but mainly it's to celebrate…Chris' artistry and to hear his incredible music."

He added, "Here we are now with this loss, this pain, this anger. Families needing healing, fans needing healing, friendships and relationships shattered. And all of our lives still tumbling along without our leader: a sensitive and gifted Irish boy from North Seattle who changed us all."

And in addition to his daughter Toni's performance, Chris' other daughter, Lily, spoke, saying her Dad had a beautiful gift and made music because he loved it.

The concert raised over $1 million for the Chris and Vicky Cornell Foundation, as well as The Epidermolysis Bullosa Medical Research Foundation (EMBRF).

For fans unable to make it to the show but who still want to support Cornell's legacy and his Foundation, Kimmel announced that a pair of Chris Cornell limited-edition Gibson guitars, made to honor the late singer, had been signed by many of the evening's artists, and will be up for sale on eBay, with money going to EBMRF.