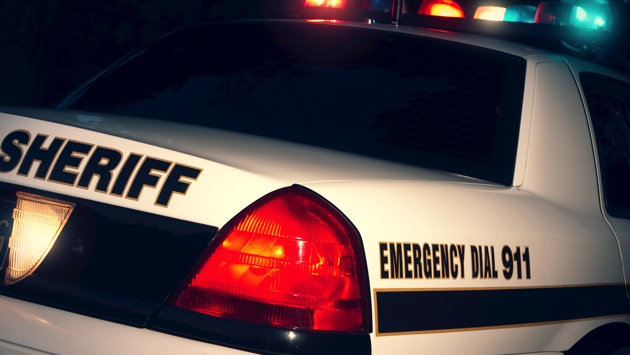 youngvet/iStock(CHICAGO) — A woman is suing an Illinois sheriff and several of his officers, claiming she was forcibly stripped naked and unlawfully detained in jail for nearly 12 hours.
The alleged incident happened at the LaSalle County Jail on Jan. 20, 2017, after 28-year-old Zandrea Askew was detained early that morning on charges of driving under the influence and resisting arrest. The LaSalle County State's Attorney dismissed the charges 18 months later, according to court documents obtained by ABC News.
The lawsuit filed Tuesday states that Askew, an African American Marine Corps veteran who was honorably discharged in 2015, was "falsely arrested" after passing all field sobriety tests and demonstrating no signs of being under the influence of alcohol or drugs. Askew, who claims she cooperated with the officers and complied with all their commands, was taken to the jail where she wasn't given an opportunity to post bail and was "forcibly dragged" into a cell, according to the complaint.
The lawsuit claims several officers then slammed Askew to the ground and physically restrained her, causing bodily harm. They "forcibly and maliciously stripped" all of her clothes and undergarments from her body and "violently pulled" her hair, causing further pain and injury, according to the complaint.
"There was no legitimate or necessary law enforcement, safety or penological objective to forcibly stripping [Askew] of her clothing. The only objective of the officers was to punish, harass, humiliate, degrade, and inflict physical and psychological pain," the lawsuit states. "The officers’ conduct in stripping [Askew] of her clothing was intentionally demeaning, dehumanizing, undignified, humiliating, terrifying, embarrassing and degrading."
The LaSalle County Sheriff's Office declined to comment on the lawsuit "as per request of our attorneys" and directed any request for information to the LaSalle County State's Attorney Karen Donnelly, who did not immediately respond to ABC News' email Wednesday morning.
The jail where Askew was detained was equipped with video surveillance that recorded the incident, according to the complaint.
"This attack and stripping occurred in the presence and/or with the knowledge of other LaSalle County officers," the complaint states. "None of the officers attempted to stop the vicious attack on [Askew] despite the fact that it occurred over several minutes and [she] was crying out in extreme distress, pain and fear during the attack."
The officers released Askew from custody almost 12 hours after her arrest, according to the lawsuit.
"You cannot strip people and treat them like animals because they defy your authority," Askew's attorney, Terry Ekl, told ABC's Chicago station WLS
Copyright © 2019, ABC Radio. All rights reserved.