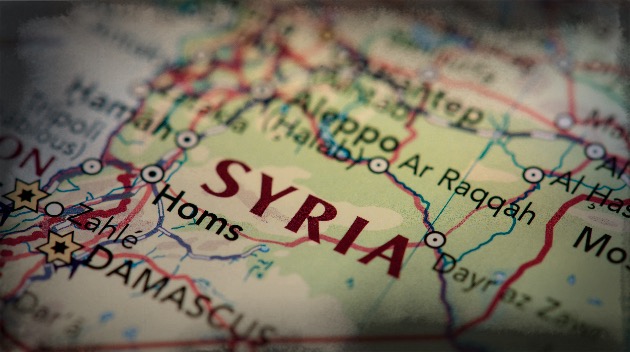 omersukrugoksu/iStock(WASHINGTON) — American service members were killed in a bomb blast in Syria, the U.S. military confirmed Wednesday. According to a tweet from the spokesperson for the U.S.-led coalition, the unknown number of Americans were killed during an explosion while conducting a routine patrol.
"We are still gathering information and will share additional details at a later time," the spokesperson said.

U.S. service members were killed during an explosion while conducting a routine patrol in Syria today. We are still gathering information and will share additional details at a later time.

White House press secretary Sarah Sanders said in a statement the President "has been fully briefed and we will continue to monitor the ongoing situation in Syria." She deferred all other questions to the Department of Defense.

Wednesday's deadly incident comes about one month after President Donald Trump ordered 2,000 U.S. troops to leave Syria, as the White House declared victory over ISIS. But since then, there has been growing confusion over the withdrawal plans, as the administration shifted from a 30-day timeline to one that is now "conditions-based" to include the enduring defeat of ISIS, protection for the Syrian Kurds, and assurance that Iran can't increase its influence in the region.

Republican Sen. Lindsey Graham, a vocal critic of Trump's decision to withdraw American troops, interrupted an unrelated hearing Wednesday to make an unusual high-profile plea to the president, saying: "My concern by the statements made by President Trump is that you have set in motion enthusiasm by the enemy we are fighting."
Graham, who said he believed the Americans were killed at a restaurant he had visited during his visit to Manbij last July, said he hoped the president would reexamine U.S. policy in Syria.
"The only reason the Kurds and the Arabs and the Christians were in that restaurant is cause we gave them the space to be in that restaurant," Graham said. "Think what you want to about 'those people' over there — they have had enough of killing. They would love to have the opportunity that we have to fix their problems without the force of violence. So I would hope the president would look long and hard of where he is headed in Syria."

Four other American service members have been killed in Syria since the U.S. entered the country under the Obama administration in October 2015. Those Americans were: Navy Senior Chief Petty Officer Scott Cooper Dayton, Air Force Staff Sgt. Leo Austin Bieren, Army Spc. Etienne Jules Murphy, and Army Master Sgt. Jonathan Jay Dunbar.
Trump cited the hardship of speaking with families who had lost loved ones in a video produced on the White House lawn the day he announced the withdrawal, saying "I get very saddened when I have to write letters or call parents or wives or husbands of soldiers who have been killed fighting for our country. It’s a great honor. We cherish them but it’s heartbreaking."
The president's surprise announcement last month led to an outcry from U.S. partners and allies and a series of high-level resignations, namely that of former Defense Secretary James Mattis who felt the U.S. was abandoning its allies and partners in the region.
One of the chief concerns has been how to protect the Kurds, a group that's been a critical U.S. partner in the fight against ISIS but which Turkey views as terrorists.
In a series of tweets on Sunday, Trump suggested that a 20-mile "safe zone" could be created to decrease tension between the two groups. The president also discussed the idea by phone with Turkish President Recep Tayyip Erdogan on Monday, according to a Turkish readout of the call, but the White House has not provided details about how that zone would be enforced.
In the past week, the U.S. moved some equipment out of Syria, but no troops, two U.S. officials told ABC News. American service members will remain in Iraq, and Trump has suggested as recently as Sunday that they could "attack again from existing nearby base" if ISIS or another terrorist group emerged.
Despite Trump's declaration of victory over ISIS, State Department and Pentagon officials had cautioned as recently as the week before his announcement that the fight was not over — with the U.S. recently estimating that about 2,000 ISIS fighters remain in Syria.
According to statistics released by U.S. Air Forces Central Command last week, the U.S. and coalition aircraft dropped the highest number of bombs over Syria in the month before the president made his withdrawal announcement: 1,424 weapons released in November, up from 876 in October and 758 in September.
In a statement on Friday, the U.S. military said that its partners had only "recently liberated" a town from the terror group, calling ISIS a "determined … force who employed complex attacks, improvised-explosive devices and booby-trapped buildings."
Copyright © 2019, ABC Radio. All rights reserved.