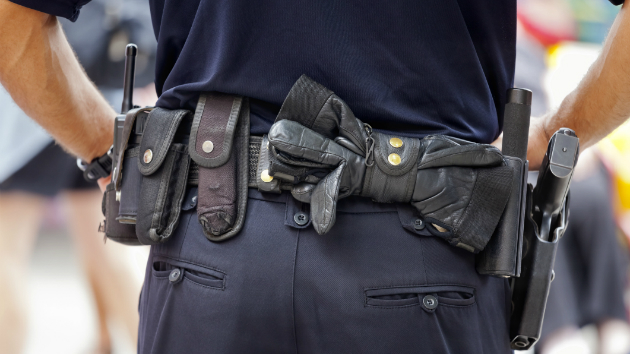 stocknshares/iStock(FORT WORTH, Texas) — A Texas police department terminated five officers and suspended two others, without pay, on Tuesday after a suspect died while in custody.
Internal investigators with the Fort Worth Police Department said the officers violated multiple policies last year when they arrested 55-year-old Christopher Lowe, who died in the officers' care after complaining of medical issues, officials said Tuesday.
Lowe, arrested on suspicion of burglary, complained about feeling ill while in handcuffs on July 26, 2018, "but no medical aid was summoned," according to the Fort Worth Police Department. Lowe was found unresponsive in the back of a patrol car and taken to local hospital, where he died.
Department officials identified the terminated officers as T. Stephens, D. Pritzker, C. Golden, H. Fellhauer and M. Miller. The suspended officers, S. Smith and A. Scharf, were suspended 90 days and five days, respectively.
"Any time there is a loss of life during any police contact we ensure that a thorough and fair investigation is conducted," the department said in a statement. "The sanctity of life is the most important principle to the Fort Worth Police Department at all times."
Investigators with the Fort Worth Police Department's Major Case and Internal Affairs units said they found "multiple violations of departmental policy, including failure to protect the rights of persons in police custody," but they did not specify the officers' suspected roles in the man's death.
"The actions taken by the officers involved in this incident discovered during our investigation are not in accordance with the values of the Fort Worth Police Department or the standards that the citizens of Fort Worth have for their police department," the department said.
It said a preliminary update was given to the Tarrant County District Attorney's Office.
Pastors Kyev Tatum and Kenneth Jones Jr., who serve on the Fort Worth Police Chief's Policy Advisory Committee, said the decision showed the department's willingness to hold itself accountable.
"We're not in any way, shape or form being jubilant over officers getting fired," Tatum told ABC affiliate WFAA-TV on Tuesday. "We know there's a criminal justice process that has to be dealt with, and it's our belief that the district attorney has a legal and moral obligation to send these cases before the grand jury."
"And we believe there's enough evidence that these gentlemen should be indicted and should have to face a jury of their peers, and that's not something to revel in," he added.
Both pastors said the department's review and ongoing transparency showed that the situation was taken seriously.
"I think we've always been quick to be negative concerning our police department's lack of transparency when they have not done it right," Jones told WFAA. "All police departments make mistakes. What we want you to do is own up to those mistakes, be transparent about the mistakes and do the right thing."
Copyright © 2019, ABC Radio. All rights reserved.