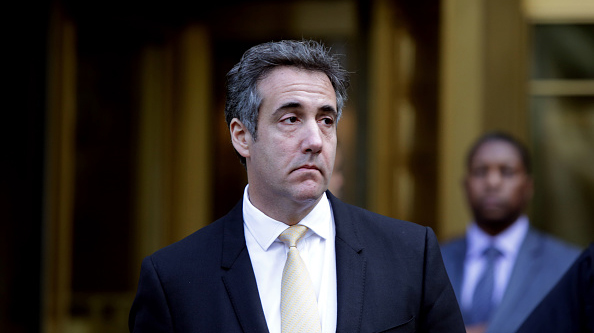 Yana Paskova/Getty Images(WASHINGTON) — A key Senate panel is moving closer to issuing a subpoena for Michael Cohen, the president’s former personal attorney and fixer, as part of its ongoing investigation into Russian interference in the 2016 presidential election.
Asked Wednesday whether it is fair to say the Senate Intelligence Committee is moving closer to issuing a subpoena to Cohen after trying for some time to get him to agree to testify, the panel’s chairman, Sen. Richard Burr, R-N.C., told ABC News, “Fair.”
Cohen was sentenced in December to three years in prison for financial crimes, two violations of campaign finance law, and lying to Congress – a charge based on false testimony he provided to the Senate and House intelligence committees in the fall of 2017.
He met twice with the Republican-led Senate Intelligence Committee in September and October of 2017, but the first interview was hastily cut short by “disappointed” committee leadership after Cohen released his own statement to the press beforehand.
Burr’s interest in bringing Cohen back in front of his panel comes less than a week after the House Oversight Committee announced that Cohen had agreed to appear in an open session next month.
Rep. Adam Schiff, D-Calif., chairman of the House Intelligence Committee, has also expressed interest in scheduling Cohen to appear before his panel in a closed session.
President Trump, in an interview with Fox News over the weekend, accused Cohen of agreeing to testify before Congress as part of an effort “to get his sentence reduced,” and suggested without evidence that Cohen’s father-in-law might face legal exposure because “that’s the money in the family.”
The president’s comments prompted a statement from three top Democrats, Reps. Elijah Cummings, D-Md., Jerry Nadler, D-N.Y., and Schiff, warning Trump to cease any “efforts to discourage, intimidate, or otherwise pressure [Cohen] not to provide testimony to Congress.”
Cohen’s hearing in front of the House Oversight committee is scheduled for February 7. He is due to report to federal prison on March 6.