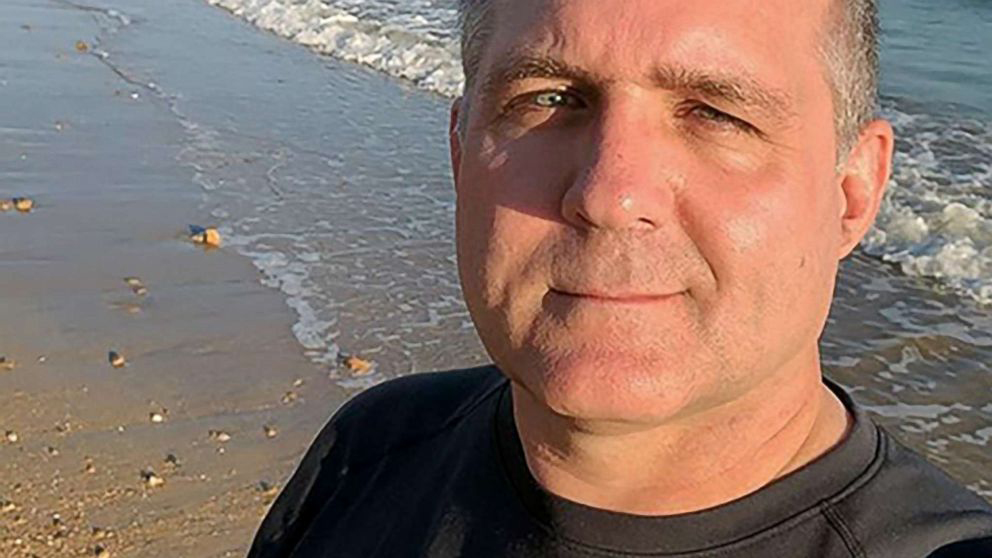 Whelan family(MOSCOW) — Two Russian prisoner rights monitors who attempted to visit Paul Whelan, the American arrested as a spy in Russia, said they were only able to see him for a few seconds, but told ABC News that the former U.S. Marine appeared well and in good health.
On Tuesday, Eva Merkacheva and Yevgeny Yenikyeyev, members of the Public Oversight Committee which monitors prisoner treatment, visited Whelan in Moscow’s Lefortovo prison — where the American has been held since he was arrested on espionage charges in late December.
Whelan has not been seen in public since his arrest and Russia has yet to provide any details on the charges against him, besides saying that he detained while carrying out “spying activity.”
The two monitors were prevented from meeting with Whelan by prison guards, on the grounds that they didn’t speak English and he doesn’t know Russian, they said. Instead they were permitted to visit Whelan’s cell and talk with his cellmate.
They saw Whelan for a few seconds as he was brought out of the cell as they entered. He was dressed in prison clothes and appeared well, they said.
“He is healthy, everything is fine with him,” Merkacheva said by telephone on Wednesday.
Whelan’s cell is standard and comfortable for a Russian prison, the pair said. Whelan and his Russian cellmate share a cell that measures about 26-29 square feet. The room has a refrigerator and a real toilet, not a hole in the floor common in many Russian pretrial detention centers. There is also a television, which broadcasts only Russian television, the monitors told ABC News.
Whelan was placed with his Russian cellmate because the man speaks basic English. Yenikyeyev described Whelan's cellmate as pleasant and “educated”, and said he told the monitors that he had been helping Whelan communicate with the guards. The cellmate, named Oleg, is charged with illegal weapons possession.
Merkacheva told Interfax on Wednesday that the cellmate was the former director of security for Togliattizot, a major Russian chemicals company. In December, the company’s security director, Oleg Antoshin was arrested on charges of illegal firearms possession.
Yenikyeyev said he believed they were being prevented from speaking with Whelan because the guards fear that the monitors could communicate something to him without them understanding. Whelan is due to appear in a Moscow court on January 22 for an appeal hearing to request his pretrial detention be converted to bail, according to his Russian lawyer, Vladimir Zherebenkov.
Lefortovo prison where Whelan is being held is a notorious former KGB jail, known as for holding high-profile prisoners, including political dissidents and suspected spies, as well as those charged in major criminal cases. Until 2005 it was controlled by the Federal Security Service or FSB, Russia's the KGB's main successor agency that arrested Whelan. It is now overseen by Russia’s Justice ministry but several lawyers in other cases have previously told ABC News they believe the FSB ultimately retains control.
The United States, as well as Canada, the United Kingdom and Ireland have all offered consular assistance to Whelan, who holds citizenship for all four countries.
Whelan’s family have said the Russian charges are impossible. Director of security for the American car-parts supplier BorgWarner, Whelan was in Moscow attending the wedding of an old friend from the Marines when he was detained in his hotel hours before the ceremony. His Russian lawyer has said Whelan intends to plead not guilty.
Irish diplomats visited Whelan on Wednesday and spent about an hour with him, the imprisoned American's family said.
“The Irish consular staff said the prison conditions were okay, that he had his glasses, and was working on learning some Russian words,” Whelan’s twin brother, David said in a statement. The Irish diplomats were able to give Whelan some toiletries, such as soap and a toothbrush, as well as taking messages from him to pass along to his family.
It was the first consular visit to Whelan since the U.S. ambassador to Moscow, Jon Huntsman visited Whelan on January 2, they said.
A dispute appeared to be brewing over Britain’s access to Whelan, after Russia’s foreign minister Sergey Lavrov on Wednesday asserted that the United Kingdom (UK) had yet to request a consular visit to Whelan. Britain’s embassy in Moscow released a statement contradicting that, asserting that embassy officials made a request for access on January 2 and that Russian officials had confirmed receipt of the request.
Lavrov linked the supposed delay to the UK’s unwillingness to grant Russian officials consular access in the case of Sergey and Yulia Skripal, the former Russian spy and his daughter poisoned with a nerve agent in Britain last March. Britain accuses Russia of trying to murder Skripal and has placed him and his daughter under protection, saying it fears Russia might try to harm them again.
Lavrov also denied suggestions that Russia had seized Whelan with the aim of exchanging him for Russians jailed abroad.
“We never do such things,” Lavrov said at a press conference in Moscow, asserting that Whelan had been detained while conducting “concrete illegal activities in a hotel.”
Russia's domestic security service, known as the FSB, arrested Whelan in his room at Moscow’s upscale Metropole hotel, near the Kremlin.
“He was detained red-handed,” Lavrov contended.