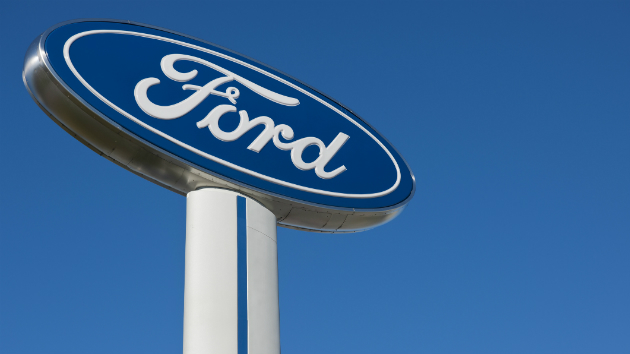 fredrocko/iStock(DETROIT) — Ford Motor Company and Volkswagen AG are formally teaming up to develop and invest in electric vehicles, self-driving technology and mobility services, the automakers announced Tuesday from the North American International Auto Show in Detroit.
As part of this global alliance, Ford and Volkswagen will manufacture commercial vans and medium-sized pickups for worldwide markets beginning as early as 2022. The larger commercial vans will be built by Ford for European customers of each brand. Volkswagen will focus on developing and assembling city vans. The automakers collectively sold nearly 1.2 million light commercial vehicles in 2018.
The alliance will "boost competitiveness and better allow us to serve our customers globally," Ford CEO Jim Hackett told reporters during a conference call. "We'll build strength and scale in new opportunities," he said, adding that the business models of each company will be leveraged.
The partnership will also yield significant savings, Herbert Diess, the CEO of Volkswagen, explained.
"It's no secret our industry is undergoing fundamental change," Diess said. "We are two strong players with a proud history. It makes sense to pool capabilities and share investments. We will both be able to shape the future of mobility. The partnership significantly improves market position for both brands."
According to Hackett, the alliance does not involve cross ownership and Ford and Volkswagen will continue to market and manufacture discernibly different products.
"We will continue to work as separate and competitive entities," he said.
Asked how the alliance would affect workers, Hackett said he did "not anticipate any work force reduction in our factories."
Hackett and Diess confirmed that their companies were fully committed to making this alliance a success.
"We have highly complimentary strengths," Diess said. "We have developed trust for each other and better understanding of our businesses."
Brian Moody, executive editor at Autotrader, said the alliance between Ford and VW underscored the need for American automakers to have a robust global strategy.
"As we’ve seen with other partnerships, leveraging two brands, complementary strengths can help close gaps in product offerings as the types of 'in-demand' vehicles continue to change both in America and abroad," he said.
Rebecca Lindland, an independent automotive analyst, told ABC News that more alliances between automakers will become common.
"The levels of investment required for successful execution in the [mobility and autonomous vehicle] space is so enormous, it only makes sense for manufacturers to collaborate with each other," she said.
Jessica Caldwell, Edmunds executive director of industry analysis, said the alliance could determine the long-term fate of Ford and Volkswagen — two iconic automotive brands.
"Automakers aren’t just competing with each other anymore, they’re under intense pressure from well-funded tech companies who are eager to get in on the future of mobility," she said. "Cutting costs by sharing vehicle architectures and manufacturing facilities is just table stakes in this new world and is a nice place to start. However, the key to success will be if Ford and VW can help each other fend off the upstarts and become leading forces in electric and autonomous vehicle technology."
Volkswagen said Monday it would invest $800 million in its Chattanooga, Tennessee, plant and hire 1,000 new workers as it ramps up production of electric vehicles. Hackett said Ford and Volkswagen have an incentive to cooperate on this technology because of the large investments required.
President Donald Trump praised the announcement on Twitter, writing, "Volkswagen will be spending 800 million dollars in Chattanooga, Tennessee. They will be making Electric Cars. Congratulations to Chattanooga and Tennessee on a job well done. A big win!"
Hackett said more details on the global alliance will be announced in the coming weeks.
Copyright © 2019, ABC Radio. All rights reserved.