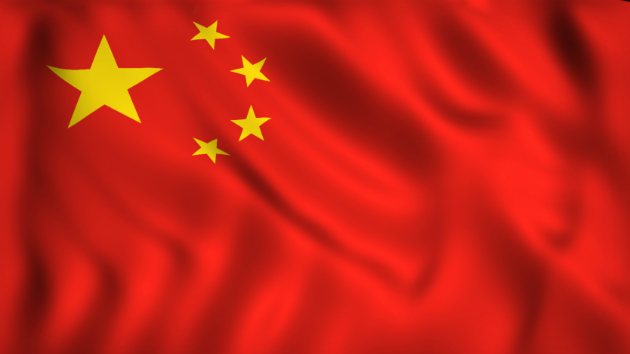 Martin Holverda/iStock(WASHINGTON) — A newly released U.S. intelligence report on China's military power finds that Beijing's efforts to modernize its military during the past two decades have been driven by its long-running dispute with Taiwan, the island-nation it considers a breakaway province.
In releasing the report, a senior U.S. defense official expressed concerns that China’s defense leaders might one day grow confident enough in their military’s enhanced capabilities to recommend to their political leadership that China is capable of engaging in a regional conflict, specifically with Taiwan.
The report, entitled “China Military Power: Modernizing a Force to Fight and Win,” is the Defense Intelligence Agency's first-ever unclassified report focused solely on China's defense strategies, organization, and capabilities.
The United States does not have diplomatic relations with Taiwan, nor is it required to come to its defense under the Taiwan Relations Act that dictates U.S. interactions with Taiwan.
For the last two decades, China has engaged in a significant effort to modernize its military with more advanced weaponry and training to turn it into a regional power and beyond.
"Beijing's longstanding interest to eventually compel Taiwan's reunification with the mainland and deter any attempt by Taiwan to declare independence has served as the primary driver for China's military modernization," the report reads. "Beijing's anticipation that foreign forces would intervene in a Taiwan scenario led the [People's Liberation Army] to develop a range of systems to deter and deny foreign regional force projection."
The senior defense official, who briefed reporters about the report, said China’s leadership considers the Taiwan issue to be "the last unresolved aspect" of the 1949 war in which communists expelled China's old government and proclaimed the establishment of the People's Republic of China.
The official warned that Beijing's desire to increase its capabilities in preparation for a regional conflict — "and particularly with Taiwan" — is their "number one priority for their force development."
"The biggest concern is that as a lot of these technologies mature, as their reorganization of their military comes into effect, as they become more proficient with these capabilities … they will decide that using military force for a regional conflict is something that is more imminent," the official said.
“Most concerning,” the official added, would be China’s ability to carry out an attack against Taiwan.
Still, the official said that China has a ways to go before they feel fully confident in their military capabilities as they continue to improve training and command structure. So, while a regional conflict remains the focus of Beijing's preparation, it isn't something the report puts a timeline on.
"… This is a military that hasn't fought a war in 40 years. This is a military that is — it is very new at some of these concepts," the official said. "They've been talking about joint operations for a long time, but some of is it just now sort of being implemented. And it will take a while for them to be able to work these services together, to be able to work these joint theaters and to be able to deal with a large, complex operation."
In the meantime, the report highlights how China will continue to engage in ways so Beijing can expand its reach and power "below the threshold of alarming the international community" so as not to provoke a military conflict with the U.S. or others, as its done through the expansion and construction of islands in the South and East China Seas.
In late 2015, Chinese President Xi Jinping unveiled substantial reforms to the People's Liberation Army, or PLA, "designed in part to make the PLA a leaner, more lethal force capable of conducting the types of joint operations that it believes it must master to compete with the U.S. military," according to the report.
Since then, additional reforms have focused on "shifting toward a more joint command structure" to "build a more integrated and professional force."
Copyright © 2019, ABC Radio. All rights reserved.