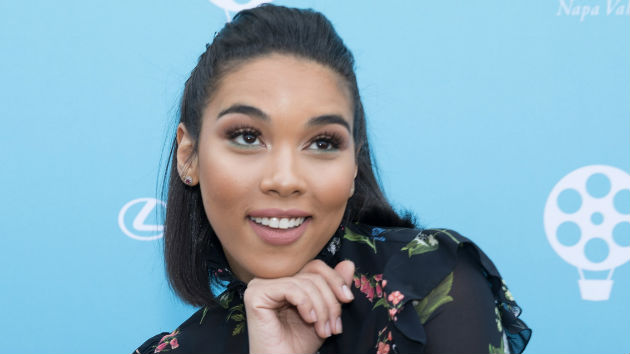 Photo by Miikka Skaffari/FilmMagic
Posted on January 16, 2019 by ABC News

Photo by Miikka Skaffari/FilmMagic(LOS ANGELES) — Alexandra Shipp, who played Storm in X-Men: Apocalypse, is seemingly responding to the news that she could eventually be out of a job if Beale Street actress Kiki Layne gets her way.

It all started when Layne told Variety that she felt connected to the comic book character — a mutant who can control the weather.

"She was an image of myself, of a powerful chocolate Black woman, and I just think that’s an amazing image to have, and I really want to play Storm," she said.

However, Shipp is already set to reprise her role in this year's X-Men: Dark Phoenix — reportedly one of the final X-Men movies from Fox before the characters are folded into the Marvel Cinematic Universe as part of a massive acquisition made by ABC News' parent company, Disney.

Not surprisingly, Shipp took to Twitter to seemingly respond to Layne — without naming her. "I won’t ever bad mouth a fellow actor," Shipp wrote. "I won’t ever actively try to take another hard working actors job. Y’all can keep trying to pin black women against each other but it won’t work on me, honey."

Shipp later continued in another tweet: "One second we’re trying to rally and define why our lives matter, the next we’re making each other feel like we’re not worthy of one. I’ll only spread and give love, no matter what tone my skin falls under."

Halle Berry portrayed Storm in the first four X-Men films. Shipp took over the part for X-Men: Apocalypse, though she received some backlash because she has fairer skin than the Storm seen in Marvel Comics.