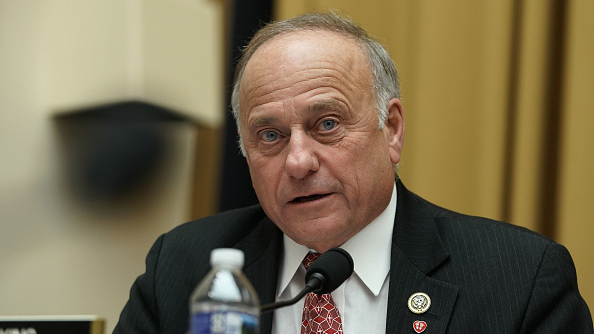 Alex Wong/Getty Images(WASHINGTON) — As Iowa Republican Rep. Steve King faces fierce backlash for questioning why white supremacy is considered offensive, for now he’s showing no signs of stepping down amid mounting pressure to resign.
In an interview with the New York Times published Thursday, King asked, “White nationalist, white supremacist, Western civilization — how did that language become offensive?” Those comments set off a series of rebukes from both sides of the aisle and ultimately resulted in the eight-term congressman being stripped of his committee assignments by GOP leadership Monday.
“Steve’s remarks are beneath the dignity of the Party of Lincoln and the United States of America,” House GOP Leader Kevin McCarthy said in a statement, adding, “His comments call into question whether he will treat all Americans equally, without regard for race and ethnicity.”
Meanwhile, Democrats have scheduled a House vote on a resolution Tuesday that disapproves of King’s statements. The resolution was introduced by House Democratic Whip Jim Clyburn, the highest-ranking African-American member of Congress, and two other Democrats, Rep. Bobby Rush and Rep. Tim Ryan, have also introduced censure resolutions, which serve as more forceful reprimands.
The harshest form of punishment King could face is expulsion from the House, but the bar for that is high. There have only been five members expelled from the House in history. All of those members were charged with crimes — the first three were expelled for joining the Confederacy.
The most recent example of a member facing expulsion was in 2002 when Ohio Democrat-turned-Independent Rep. James Traficant was convicted of conspiracy to commit bribery, filing false tax returns, and obstruction of justice, among other crimes. Prior to that, Pennsylvania Democrat Rep. Michael Myers was ousted in 1980 after he was convicted of bribery.
In King’s case, the terms of how the rules of expulsion would apply are murky. The Constitution requires a two-thirds majority vote to expel a member, but according to the Congressional Research Service, “there are no specific grounds for an expulsion expressed in the Constitution, expulsion actions in both the House and the Senate have generally concerned cases of perceived disloyalty to the United States, or the conviction of a criminal statutory offense which involved abuse of one’s official position.”
Meanwhile, King’s loss of committee assignments on the Judiciary and Agriculture Committees already renders him virtually powerless in terms of legislating, which would be problematic if he chooses to pursue a 2020 reelection bid.
King is now one of three GOP House members with no committee assignments – the others include Rep. Chris Collins and Rep. Duncan Hunter, both of whom are, respectively, under indictment for insider trading and misusing campaign funds.