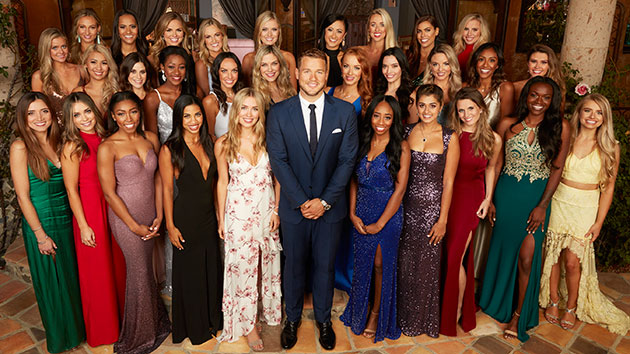 ABC/Craig Sjodin(NEW YORK) — Monday's episode of The Bachelor began with comedy, fun and games, but ended with two hopefuls nearly blowing their shot at a rose.

The episode began with the remaining ladies learning that Demi, Bri, Tracy, Elyse, Hannah G., Nicole, Onyeka and Catherine would be participating in the season's first group date. Coached by Parks and Recreation's Nick Offerman and his wife, Megan Mullally, star of NBC's Will & Grace, each lady was asked to deliver a monologue about a "first-time experience" in front of Bachelor Colton Underwood and a theater of 200 strangers.

Elyse kicked things off by revealing that she's in her “early, early 30s.” "I learned a lot in my 20s," she explained, but "dating a younger man for the first time, it's time to teach [Colton] "a thing or two.”

The stories continued until finally, it was Demi's turn. “So I met a guy at this really crazy party and wanted to kiss him, but was way too scared," she began. "Usually, when I see something I want I’m bold enough to go after it immediately, so I had to tell myself, ‘I’m not waiting any longer. When I want something I’m going after it.’” Next, she walked up to Colton and kissed him. “And that is the story of how I got the first group date rose,” she concluded.

When ladies had a chance to get Colton alone, Demi made good on her word by making the first move. Upon rejoining the others, she picked up the rose lying on the table, proclaiming it was hers. That didn't sit well the others, most of all Tracy, who said the display left her "sick to her stomach." It touched off a rivalry between the two that would only get worse.

Ultimately, it was Elyse's story that earned the rose.

While all this was happening, the ladies back at the mansion learned that birthday girl Hannah B., Miss Alabama 2018, was the recipient of "the best birthday present ever" — a one-on-one date. That led Caelynn — Miss North Carolina 2018 — to reveal they'd competed against each other at the Miss USA Pagaent. What began as a friendship quickly turned into a bitter rivalry when Caelynn finished as the first runner-up and Hannah B. failed to place.

The one-on-one date — a horseback ride in Los Angeles’ Vasquez Rocks National Area Park, followed by a romantic soak in a secluded hot tub — got off to a rocky start, as Hannah showed a much more guarded side of herself that had Colton questioning his choice. Eventually, he coaxed her into opening up, and the day ended with the couple watching fireworks aboard the Queen Mary, and a rose for Hannah.

Colton wasted no time arranging the second group date card, which included Alex, Erica, Katie, Caelynn, Sydney, Tayshia, Nina, Kirpa, Caitlin, Courtney, Cassie and Heather. They were whisked off to "Camp Bachelor," where they were greeted by Colton, host Chris Harrison and their "camp counselor," comedian Billy Eichner. The girls were divided into two teams of six and competed in a series of challenges, including a relay race, canoe race and a tug of war. The winners, spent the night with Colton; the losers went back to the mansion.

Heather, who was a part of the winning team, shared an intimate moment with Colton during which she revealed that, like him, she was a virgin who had "never been kissed." Heather left — still never having been kissed, but with a rose in her hand at the end of the date.

Back at the mansion, the hopefuls reunited for the pre-rose ceremony cocktail party, where they used a variety of tactics for a last chance to impress Colton. The most brazen of them once again came from Demi, who entered the party wearing a terrycloth bathrobe and seductively invited Underwood to see her "fantasy closet." Demi was fully clothed under the robe and the fantasy consisted of nothing more than a massage, but it was enough to drive Tracy running to her bedroom in tears. A half-hearted pep talk from Demi didn't help matters — the only consolation for Tracy will be watching Demi leaving the mansion for good. At episode's end both got roses, so they'll have to put up with other for at least another week.

Here are the 23 remaining women: