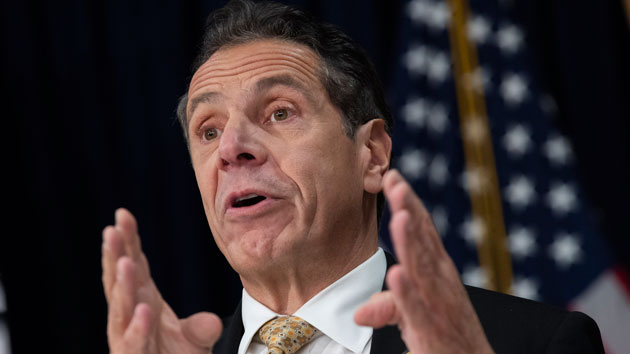 Drew Angerer/Getty Images(NEW YORK) — New York Gov. Andrew Cuomo announced a slew of new safety reforms for limos and large passenger vehicles, outright banning stretch limos and adding a number of regulatory reforms.
These reforms come three months after a limo crash in upstate New York led to the death of the driver and 19 passengers.
That crash, which took place near the town of Schoharie, was the deadliest transportation crash in the U.S. since 2009.
Cuomo released a statement about the October 2018 crash alongside the new reforms, calling it "a horrific tragedy that shocked this state to its very core."
"We are advancing reforms that will give aggressive new powers that will allow authorities to take dangerous vehicles off the roads without delay, hold unscrupulous businesses accountable and increase public safety in every corner of New York," Cuomo said.
The changes ban "remanufactured limousines," which include stretch limos and stretch SUV-type vehicles, from operating in New York state.
Drivers will have to have a special form of a commercial license that notes they are able to operate vehicles holding eight or more passengers.
The reforms specify penalties for removing out-of-service stickers issued by Department of Transportation inspectors, creates an inspection fee, and allows the DOT and DMV to seize suspended license plates, among other regulatory changes.
Some of the new reforms apply to vehicles beyond just stretch limos, as it prohibits U-turns for larger vehicles on all roads in the state — without specifying what qualifies as "larger vehicles" — and gets rid of the seatbelt exemption that had been in place for limos, buses, taxis and school buses.
Copyright © 2019, ABC Radio. All rights reserved.