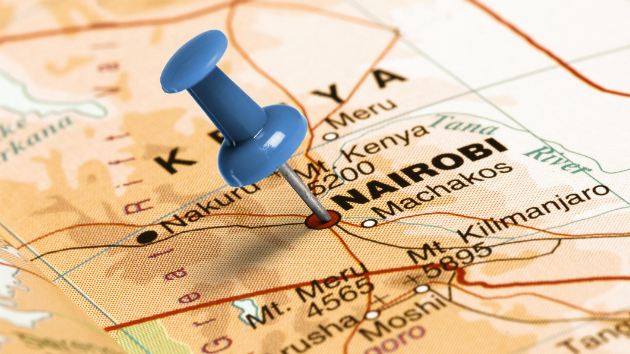 MarkRubens/iStock(NEW YORK) — Kenyan authorities said that all buildings have been secured and that the "situation is under control" after gunfire and explosions erupted at a high-end hotel complex in Nairobi Tuesday afternoon. Authorities are calling it a "suspected terror attack."
"The security teams have evacuated scores of Kenyans and other nationalities from the buildings. We are now in the final stages of mopping up the area and securing evidence and documenting the consequences of these unfortunate events," Kenyan Cabinet Secretary for Interior Fred Matiang'i said during a press conference Tuesday evening. "I can also report that the country is now secure, that the nation remains calm, that Kenyans and all of our visitors are safe and should feel free to continue getting about their normal businesses."
"The situation is under control, and the country is safe," Matiang'i added. "Terrorism will never defeat us."
Kenya's Inspector General of Police Joseph Boinnet said in a press statement that the "suspected terror attack" began around 3 p.m. local time when a "group of armed assailants" stormed a gated complex in Nairobi's affluent Westlands neighborhood. An upscale hotel called the DusitD2, which is popular among foreigners, is located within the mixed-use compound.
An explosion targeted three vehicles in the parking lot and a suicide bomber detonated inside the hotel foyer, where a number of gifts suffered severe injuries, according to Boinnet.
Video from the scene showed the cars ablaze and wounded people being carried away.
Kenya's National Police Service deployed officers to the scene to engage the attackers who were holed up inside the hotel. Meanwhile, the area has been cordoned off as residents are screened and evacuated, according to Boinnet.
Boinnet said Kenyan forces were going floor by floor and building by building to secure the complex.
"Specialist forces are now currently flushing them out. However, we regret to inform that there have been injuries in the attack," the police inspector general told reporters in a statement.
The number of people who have been injured is unknown at this time.
"We urge the public to remain calm and to cooperate with all security forces and to provide any information that they may deem as useful," Boinnet added.
A spokesperson for the U.S. Department of State told ABC News that the American embassy in Nairobi is "closely monitoring the attack."
"All Mission personnel are safe and accounted for," the spokesperson added. "We are working with the Kenyan authorities to determine if there are any U.S. citizens affected."
Copyright © 2019, ABC Radio. All rights reserved.