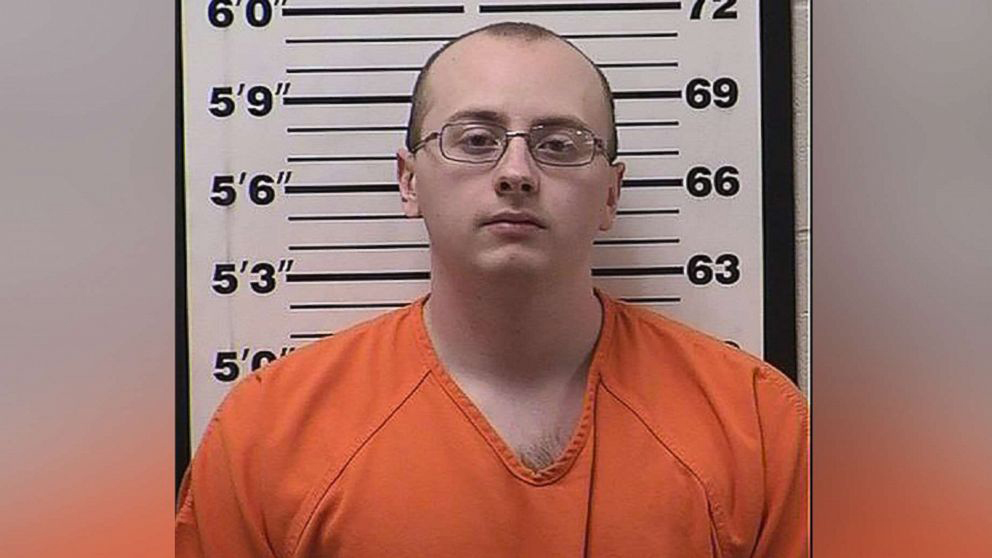 Barron County Sheriff(BARRON, Wisc.) — The young man accused of abducting a 13-year-old Wisconsin girl, gunning down her parents and holding the child captive had been "a perfectly nice kid," according to his grandfather.
"Nobody had any clues up until this thing happened," Jim Moyer told ABC News Tuesday, days after his 21-year-old grandson, Jake Patterson, was arrested in the abduction of 13-year-old Jayme Closs.
Closs, who was kidnapped from her rural Barron, Wisconsin, home on Oct. 15, was allegedly held captive for nearly three months at Patterson's house until she escaped on Thursday.
Patterson's maternal grandfather described the 21-year-old as a "nice boy, polite."
Patterson was "shy and quiet," Moyer said, and often "backed off from crowds."
“Computer games were more of a priority than social interaction," Moyer noted.
Patterson has not entered a plea and a motive is not clear.
"Nobody will ever know what went on in his mind,” said Moyer,. “I can’t fathom anything in his life that could change him so drastically. It has to be some kind of a twist in the mindset.”
When Patterson's mother called Moyer with the news, he said they were shocked, and hoped it was a case of mistaken identity.
"We are absolutely heartbroken," Moyer said. "It’s wrenching to deal with.”
Patterson, who had no prior criminal record, confessed to police, according to a criminal complaint.
Patterson said he didn't know Closs but targeted her after seeing her board her school bus, and then "put quite a bit of thought into details of how he was going to abduct" her, according to the complaint.
Patterson allegedly gunned down Closs' parents at the home on Oct. 15 and fled with the girl in the trunk of his car before police arrived.
Once Patterson reached his house in Gordon, Wisconsin, he told investigators he created a space under his bed for Closs, and when he'd leave the house, he'd put plastic totes, barbells and free weights around the bed so she couldn't escape, according to the complaint.
Closs told investigators that Patterson "would make her stay under the bed for up to 12 hours at a time with no food, water, or bathroom breaks," according to the complaint.
When Patterson left the house on Thursday, Closs told investigators she pushed the bins and weights away from the bed and crawled out, making her break for freedom, according to the complaint.
Patterson is charged with two counts of first-degree intentional homicide, kidnapping and armed burglary. He is being held on $5 million cash-only bail and is due to return to court on Feb. 6.