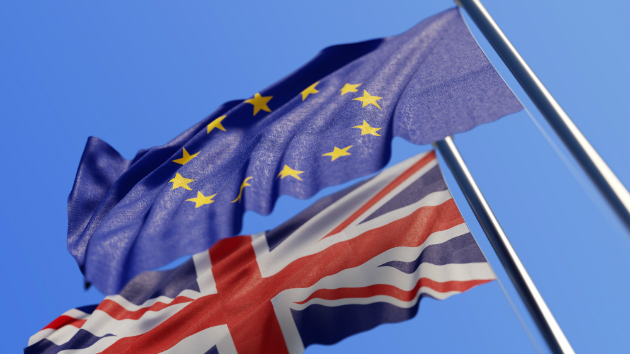 MicroStockHub/iStock(LONDON) — After two years of protracted negotiations, U.K. Prime Minister Theresa May’s Brexit deal to take Britain out of the European Union is set to go before Parliament for a vote on Tuesday.
The vote was originally intended to take place in December, but as it became increasingly clear that members of parliament were opposed to the deal, May delayed the vote.
After the initial delayed vote, May survived a vote of no confidence in her premiership when members within her own Conservative Party plotted to overthrow her.
The Brexit deal that May negotiated with EU leaders has proved unpopular with politicians from all sides of the debate, though she will be hoping to rally support and win enough votes to pass it as the hard March 29 deadline for the U.K. to leave the EU looms ever closer.
The U.K. voted in June 2016 to leave the EU by a margin of 52 to 48 percent. The outcome immediately sent shockwaves worldwide, as no country has ever decided to leave the bloc and the terms by which the U.K. would do so were unclear.
Some critics argue that May’s deal means that the U.K. will be too closely tied to the EU for the indefinite future. Others suggest that the deal will damage the economy and lead to job losses.
The prime minister said in a statement posted to Facebook on Sunday that the upcoming vote is the “biggest and most important decision that any MP of our generation will be asked to make.”
“If Parliament does not come together and back this deal in our national interest, we risk leaving with no deal, with all the uncertainty for jobs and security that will bring,” she wrote. “Or, with MPs unwilling to face the uncertainty of no deal and with no other offer on the table, we will risk not leaving the European Union at all.”
A parliamentary motion passed last week means that if May’s Brexit deal is voted down, the government will have to make a statement on the future of Brexit to MPs within three days.
Copyright © 2019, ABC Radio. All rights reserved.