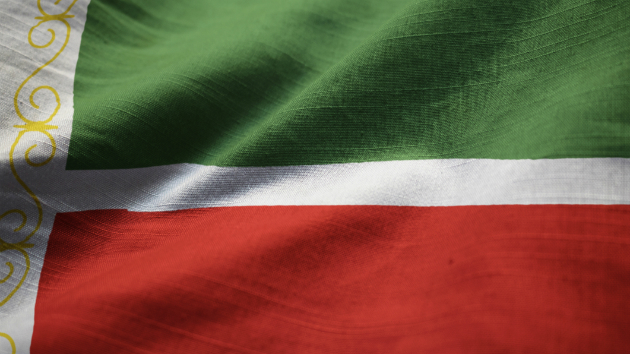 shaadjutt/iStock(MOSCOW) — LGBT activists have said authorities in the Russian republic of Chechnya have killed two people and detained nearly 40 in what the activists fear is a renewed campaign of persecution against gay people living there.
The reports on Monday recall those from 2017 when accounts emerged of over 100 gay men being rounded up and tortured by security forces in Chechnya. Those accounts, which described gay men being electrocuted and heavily beaten, sparked international condemnation and sanctions as well as demands that Russia intervene to halt the persecution.
Chechnya is a predominantly Muslim autonomous republic within Russia, ruled by a dictatorial leader, Ramzan Kadyrov. After the international outcry in 2017, Kadyrov denied the allegations by repeatedly claiming homosexuals do not exist in Chechnya and saying that if they did they should leave.
On Monday, Kadyrov’s spokesman, Ali Karimov, denied the reports of new detentions, telling Interfax they are "complete lies and don't have an ounce of truth in them.”
But LGBT Network, a St. Petersburg-based rights group that helped victims of the 2017 persecution, said in a statement that it had information suggesting at least 40 people had been detained since December and that the two killed had been tortured to death.
“Now we have full grounds to suggest that the mass detentions, torture and arrest have been renewed,” Igor Kochetkov, LGBT Network’s program director, said in a video published on his Facebook account.
Kochetkov said it was difficult to know precise numbers of those detained, adding that both men and women were being targeted this time. He said many of those seized were being imprisoned by police in the same town of Argun where many of those detained in 2017 were held.
The detention and abuse of gay people had never fully stopped, Kochetkov said, with men still picked up and blackmailed by local police. But in December there had been a new surge. According to Kochetkov, the new wave of detentions had started after the administrator of a social media group popular with LGBT people in the North Caucasus had been arrested. Security forces had then begun identifying new targets through the administrator’s phone contacts, a practice described by victims in 2017.
Novaya Gazeta, a celebrated investigative newspaper that first reported the 2017 detentions, said its own sources were also warning of a fresh sweep targeting gay people. The newspaper also cited a post on a local LGBT social media group warning of new detentions and torture.
“I ask all who are still at liberty, to take this message seriously and flee the republic as soon as possible,” the message reads.
Russia’s federal authorities launched a probe into the 2017 reports but the investigation has so far gone nowhere. Activists have condemned the Russian government’s inaction, saying it has instead covered up for the Chechen authorities.
"Persecution of men and women suspected of being gay never stopped. It's only that its scale has been changing,” Kochetkov, said in a video published on Facebook.
In 2017, multiple gay men gave accounts to rights groups and media outlets describing their detention and torture by Chechen security forces and police, telling how they were held in cells with other men. Some said they were beaten with metal rods and electrocuted.
“They split my eye, my lip, broke my ribs, they electrocuted me … they put metal clips on my ears,” one man, identified for his safety as Dmitry, told ABC News in April 2017. “Electrocution is unbearably painful. It felt much worse than normal voltage. The shock makes you want to jump to the ceiling.”
ABC News reporters met with Dmitry and another man at a safe house in Moscow established by LGBT Network shortly after the two had fled Chechnya. The group says it has helped 150 people to leave Chechnya since April 2017.
Another man, Maxim Lapunov, who in 2017 described publicly being kidnapped in Chechnya's capital, Grozny, and then beaten with batons, has filed the first formal complaint to Russia’s Investigative Committee, which handles serious crimes. But the committee has yet to open a criminal investigation.
A report by the Organization for Security and Cooperation in Europe published in December found that Chechen authorities had frequently carried out enforced disappearances, torture and extrajudicial killings. The report found among those targeted were members of Chechnya’s LGBT community.
The report criticized Russia's response, saying “Russian authorities responsible for investigating alleged crimes against LGBTI citizens persecuted in Chechnya appear not to have lived up to their responsibilities.”
Kadyrov was sanctioned in 2017 by the United States Treasury for overseeing torture and “extrajudicial killings,” along with one of his close lieutenants for his alleged role in the anti-gay persecutions.
Even before the reports of an organized purge, Chechnya was a dangerous place to be gay. Attitudes toward homosexuality are deeply conservative and the LGBT community largely meet in secrecy, many fearing violence even from their relatives. Kadyrov has sought to stoke those feelings, promoting what he describes as traditional values.
“We don't have any gays,” Kadyrov told HBO in 2017, adding if there are, “Take them far from us so we don't have them at home. So as to purify our blood.”
Copyright © 2019, ABC Radio. All rights reserved.