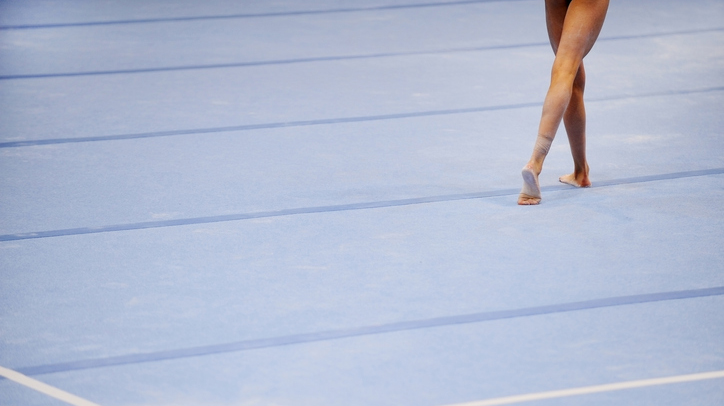 roibu/iStock(LOS ANGELES) — A gymnast at UCLA recently gave a performance at a competition that was anything but routine for her fans, spectators and even teammates watching.
Dressed in a sparkly, blue leotard, Katelyn Ohashi smiled and even laughed at times on Saturday as she flipped and did splits for her 1-minute, 30-second floor routine during the the 2019 Collegiate Challenge in Anaheim, California.
The video posted by her team, the UCLA Bruins, has been viewed no less than 23.6 million times.
Ohashi's musical choice for the routine featured songs from Tina Turner and Earth Wind and Fire, as well as the Jackson 5 and Michael and Janet Jackson, of course.
It was her second time performing the routine, according to the Los Angeles Times.
As she performed, her teammates could be seen in the background, cheering her on and even performing bits of her choreography as she danced and leaped. When Ohashi finished, she was awarded with high-fives from her team.
Ohashi, a senior, scored a 10 with her routine. It was her fourth career perfect 10 on the floor, according to the UCLA Bruins.
Ohashi has been doing flips since she was a toddler and later advanced to the gymnastics bars. She spent four years on the USA Gymnastics Junior National Team and in 2013, beat teammate and future Olympic gold medalist Simone Biles.
Training took its toll on Ohashi, however. After competing with a fractured back and two torn shoulders, she decided to take a much-needed break.
After she recovered, she returned to compete at the collegiate level at UCLA, where she said in a recent interview that she'd found not only herself but also her love for gymnastics again.
"I've found my joy. … It's not me standing on a podium with medals. It's me being able to walk out with a smile on my face and truly be, like happy with myself. And that comes first," she told the Players' Tribune in August 2018.
The UCLA Bruins won first place in the 2019 Collegiate Challenge with a team score of 197.700.