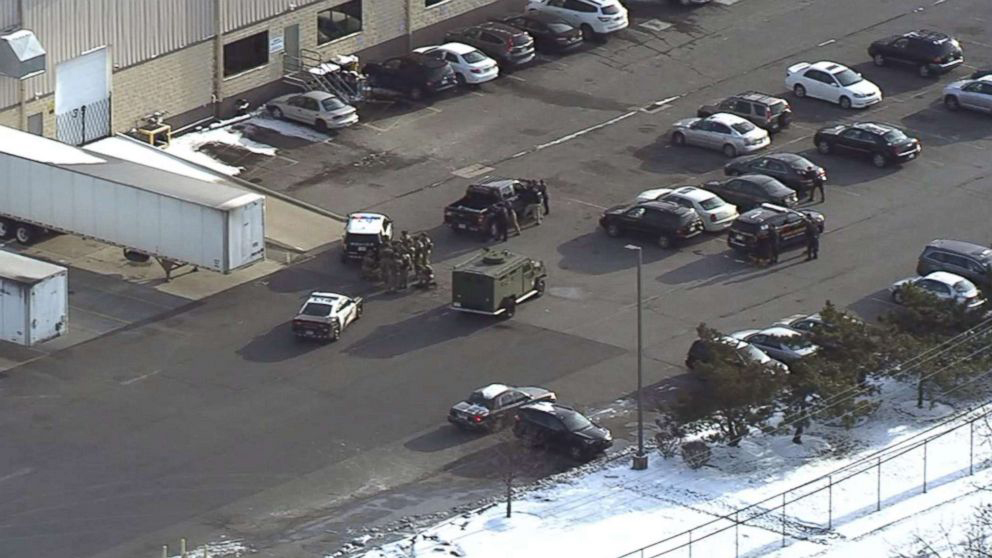 WPVI-TV(LOGAN TOWNSHIP, N.J.) — Two women have been rescued after they were taken hostage by a man at a UPS facility in southern New Jersey Monday morning, according to the local prosecutor.
The women, both UPS employees, were not seriously injured during the hours-long standoff, Gloucester County Prosecutor Charles Fiore said at a news conference.
The suspect has been apprehended after the incident at the UPS processing facility in Logan Township, the prosecutor said.
One of the hostages had a prior relationship with the suspect, the prosecutor said.
As the hostage situation unfolded, the other employees were evacuated from the facility, leaving only the suspect and victims inside, the prosecutor said.
UPS said in a statement Monday morning, "We cannot provide information about the identity of people involved at this time."

Male doula aims to be an advocate for women during childbirth
Hope dims for American hostage as US hastily exits Afghanistan
Christiane Amanpour reveals ovarian cancer diagnosis: What women should know
Prosecutor says man was wrongfully imprisoned for decades, yet he remains behind bars
Tyrese says his “controversial” film ‘Rogue Hostage’ is “like ‘Die Hard’ inside of a grocery store”
Lori Vallow committed to mental health facility after being deemed unfit for trial