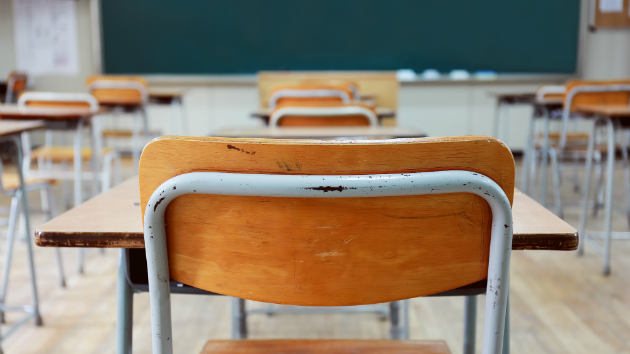 DONGSEON_KIM/iStock(LOS ANGELES) — Teachers in the nation's second-largest school district have announced they're going on strike Monday.
United Teachers Los Angeles said negotiations have stalled and that the union didn't receive a new contract proposal over the weekend. This comes after the strike was delayed from Jan. 10 because of a potential court intervention.
"We're in the battle for the soul of public education," said UTLA President Alex Caputo-Pearl. "Now is the moment for action."

Schools will remain open during the strike, according to the Los Angeles Unified School District.
"Elementary, middle and high schools will be open, instruction will continue, and meals will be served tomorrow and throughout the UTLA strike," the LAUSD said in a statement Sunday. "Early education centers will only be open to special-needs students and state preschool sites will be closed."

The striking educators said they want to remedy classes that often have 40-plus students, a lack of counselors and nurses to support students, closed libraries and crumbling classrooms.
Union members told ABC News they'll strike "for as long as it takes."
Hiring subs is seen as "irresponsible" by the union, which asked parents to keep students home or join in the protest.
The latest offer from the district, according to the LAUSD, includes adding nearly 1,200 teachers, counselors, nurses and librarians, as well as capping class sizes at 32 to 39 students, depending on the course.
The district also offered a 6 percent raise over the first two years of a three-year contract. The teachers have asked for 6.5 percent, retroactive to the 2017 fiscal year, and said that the district's insistence on some proposals' expiring after a year is disrespectful.
"We have not had an honest bargaining partner," Arlene Inouye, UTLA's secretary, told ABC News.
Victoria Costas, a mother and teacher, said there are 46 students in her daughter's math class.
"Classes are far too large to ever get individualized attention," she said. "Tomorrow I will be out there fighting with my daughter."
Another teacher, Erika Jones, said that 85 percent of the district's schools don't have a full-time nurse.
A tweet from the district's account said a work stoppage would "harm the students, families and communities we serve."

A strike will harm the students, families and communities we serve, and we have a responsibility to resolve the situation without a strike.

Inouye, the union secretary, said in order to reach any kind of common ground with district leadership, "we need a place to start from."
Union supporters said they expect most of its approximately 35,000 members to join in the strike.
"This is a fight worth the sacrifice," Inouye said.