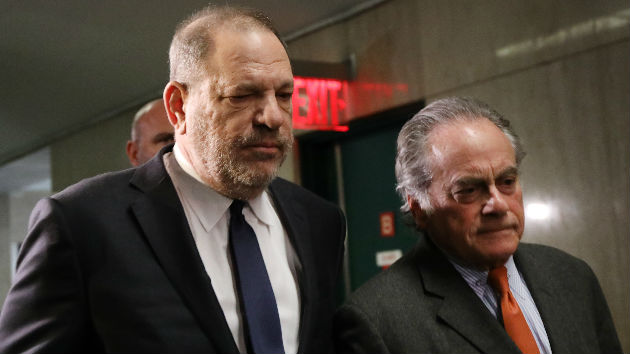 Photo by Spencer Platt/Getty Images(NEW YORK) — Attorney Benjamin Brafman will be asking a Manhattan judge this morning that he wants to leave Harvey Weinstein's defense team, a source with knowledge of the impending change tells ABC Radio.
Weinstein, who is scheduled to stand trial this spring on rape and sex assault charges, is due back in court March 7. The disgraced movie mogul has pleaded not guilty to the charges he faces, and insists he did not engage in any non-consensual sex.
Brafman's impending departure as Weinstein’s defense attorney comes after a reported dispute over legal strategy and the direction of the case.
Brafman successfully fought to drop one of the charges Weinstein had faced but failed to convince the judge to drop others on the basis of police and prosecutor missteps.