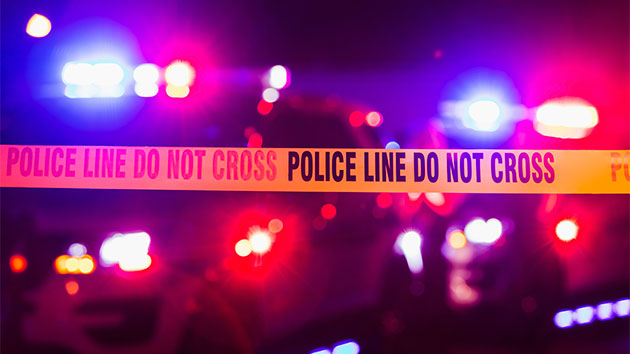 The shooting happened at the Fashion Place mall in Murray, a spokesperson for the Murray Police Department told ABC News.

The victims were a male and female in their early 20s, Murray Police Det. Kenny Bass said at a press conference Sunday afternoon. The male is in critical condition while the female is in serious condition, Bass said.

Three suspects fled the scene and are still on the run, Bass said. They were wearing dark pants with light-colored hoodies or sweatshirts, he added.

The shooting occurred outside the mall near the entrance on the east side, Bass said.

The mall was evacuated after the shooting, according to authorities. Scanner traffic from the incident revealed that shoppers were barricading in a Dillard's department store and sheltering in place at a Sephora makeup store.

Video posted to social media shows people inside the indoor mall running after multiple gunshots were fired. Another video shows people lying on the ground outside the indoor entrance of Dillard's. A good Samaritan can be seen using a belt to create a tourniquet around the female victim's leg.

The shooting could be gang related and there is no danger to the public at this time, Bass said.