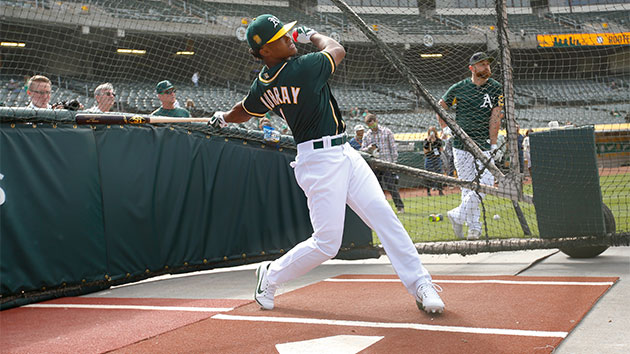 Michael Zagaris/Oakland Athletics/Getty Images(NEW YORK) — A group of executives from the Oakland Athletics will meet with Oklahoma Quarterback Kyler Murray on Sunday in hopes of persuading him to pursue a professional baseball career, sources told ESPN.

The Athletics drafted Murray with the ninth pick in last year’s MLB draft and gave him a $4.66 million dollar signing bonus. Part of the deal allowed Murray to play one more season of college football with the Sooners.

In 2018, Murray won the Heisman trophy after leading the team to the College Football Playoff.

He has until Monday to decide whether or not he wants to declare for the NFL draft.

If Murray decides to play in the NFL he would be the shortest quarterback since Doug Flutie, who retired in 2005.