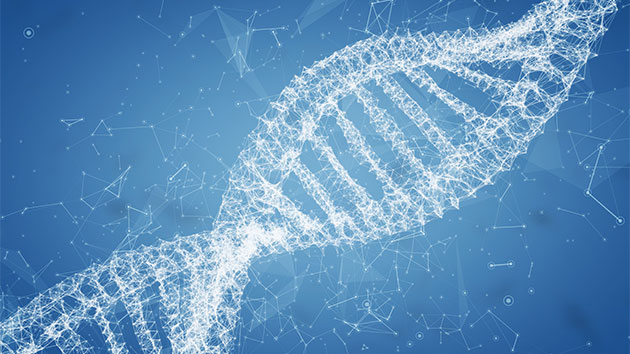 slavemotion/iStock(SAN DIEGO) — In September, 2017, an Ohio woman named Erin Chatterton who never knew her biological parents received a birthday gift from her daughter and husband — an AncestryDNA kit – and took the test.

Last spring, halfway across the country, a San Diego woman named Lisa Webster took one as well, and the startling results of those two tests led to a remarkable reunion this week that was 52 years in the making.

Webster was trying to puzzle together her heritage. While Chatterton said she "just took it for fun" after receiving the kit as a present.

Until Chatterton got a match, that is, and things "just snowballed from there."

Lisa and her sister Lori Webster are the daughters of Dick Webster and his first wife.

After Webster and his first wife divorced, he married Karen Leslie and had two sons.

So when Chatterton texted Lisa to say that they appear to match as either a “first sibling” or “first cousin,” the Webster sisters couldn't figure out how that could be.

The sisters turned to their father, but weren't able to get any details out of him, so Lori turned to her stepmother for answers.

Reluctantly, Leslie revealed that she did, in fact, have a daughter with their father — Dick Webster — before they were married, but gave the baby up for adoption.

Raised in a religious family, Leslie was kicked out of her home for getting pregnant out of wedlock.

At 21, Leslie felt like she had no other options but to give up her baby, the Webster sisters said.

“It was a real hard time in her life,” Lori said her stepmother told her.

“She absolutely blocked the memory out of her mind, probably because it was so painful.”

Leslie agreed to take a DNA test that later confirmed Chatterton was indeed her daughter.

The news was stunning, and it prompted the Webster sisters to organize a reunion.

“I was freaking out I was ready to give up, but it turns out it was just big fat secret!” Lori said.

After months of text exchanges the family finally met Chatterton for the first time yesterday in an emotional reunion at the San Diego airport.

“My stepmom had always wanted to meet her daughter, she just didn’t think it was going to take 52 years,” said Lori.

The heavily-anticipated meeting ended in tears of joy and big hugs.

“Part of me questioned why I was doing this, but I was really excited, and seeing them felt like we’ve known each other our whole lives,” Chatterton said.

Later this year, Chatterton plans to travel to Michigan to meet her birth father, who wasn’t able to make it due to health issues.

Understandably, her adoptive parents were uneasy about the meeting but Chatterton said she reassured them this “was just a cherry on top” and that she had no regrets about her wonderful upbringing.