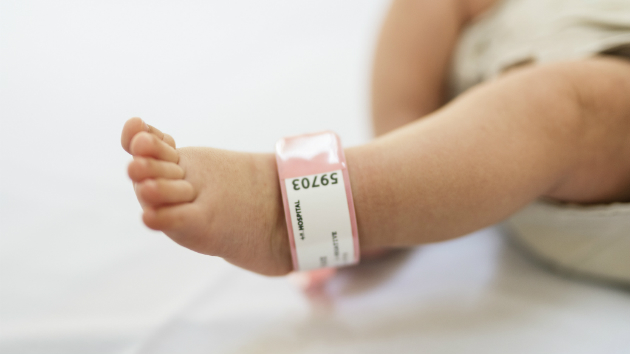 Rawpixel/iStock(NEW YORK) — The country's fertility rate has hit a 30-year low and Americans are not having enough babies to replace themselves, a new National Vital Statistics report published on Thursday has found.
The nation's total fertility rate was 16 percent below the level for a population to replace itself in 2017, the report found, although fertility rates varied widely by state and demographic. Total fertility rates represent the expected number of lifetime births per 1,000 women, given current birth rates by age.
Only two states — South Dakota and Utah — had total fertility rates above replacement levels. The gap between South Dakota, which had the highest rate, and Washington, D.C., which had the lowest rate, was 57 percent. The study looked at the total fertility rates for 2017 based on 100 percent of registered births across all 50 states and the District of Columbia.
Total fertility rates also varied by race. Utah had the highest total fertility rate for non-Hispanic white women, the study found. Meanwhile, the highest total fertility rate among non-Hispanic black women was in Maine. For Hispanic women, the highest total fertility rate was in Alabama and the lowest were in Vermont and Maine, the study found.
In general, U.S. fertility rates have been declining and women are generally giving birth for the first time later in life, according to the Centers for Disease Control and Prevention.
Experts say a number of factors contribute to the decline: economic uncertainty, student loan debt, lack of paid family leave policies and the high cost of childcare in many areas, according to Dr. Karen Guzzo, the associate director of the Center for Family & Demographic Research at Bowling Green State University.
Guzzo said she isn't surprised by this report's numbers, which reflect an overall trend over the past several years.
"This is basically a continuation of what we saw last year, and really, the last couple of years," Guzzo said. "What's more surprising is that over the longer term, we kind of expected that after the Great Recession has supposedly disappeared and we are doing much better, fertility rates would start to pick up, and they have't."
She said that the fact that fertility rates haven't recovered offers some insight into how people feel about their current economic situations.
"They really haven't recovered as much as we had expected, and I think that suggests a lot about how people feel in terms of their own personal lives and how secure they feel. It's not just the global or national economic or GDP numbers, it's, 'Can I pay my bills, can I pay my student loans, can I buy a house, is my job secure? Do I have a strong relationship and can I maintain that?' So people go through a lot of uncertainty," she said. "I really think that those characteristics haven't improved as much over the last 10 years, and that's probably what's going on here."
Still, Guzzo said it's possible to turn these numbers around and get fertility rates back to replacement levels. Policies that make college, housing and childcare more affordable could go a long way toward making that possible, she said.
"The U.S. can recover from this. A lot people are delaying having kids, but they're not saying never. In the long-term, this might not be this sort of huge crisis," Guzzo said. "There are all these things we can do to reduce some of that financial insecurity and uncertainty young adults feel that would go a long way to helping our fertility rates."
Copyright © 2019, ABC Radio. All rights reserved.