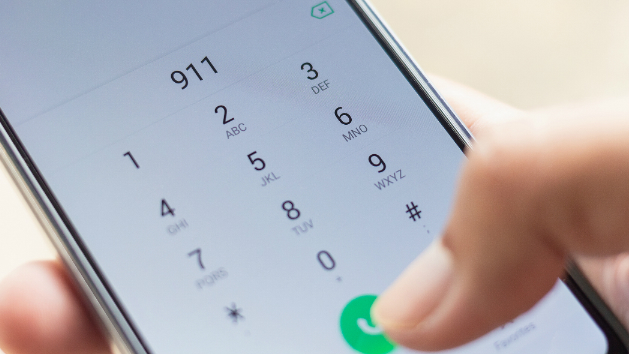 releon8211/iStock(GORDON, Wis.) — Jayme Closs, the 13-year-old Wisconsin girl who was reported missing after her parents were found shot to death in October, told the woman who initially found her that she was able to escape her alleged captor after he left his home, the woman said.

Jeanne Nutter told ABC News that she was walking her dog along the side of an ice-glazed and snowy road near her cabin when Closs, who looked disheveled, cold and thin, approached her.

Nutter, a retired social worker, lives near La Crosse, Wisconsin, and was only at her cabin in Gordon for a long weekend when she came across Closs.

Her experience as a social worker immediately kicked in, and she knew that Closs had been through a horrifying ordeal, she said.

When Nutter asked Closs where she had come from, she said the girl pointed to a cabin across the way and said the man who was allegedly holding her had left. Wanting to put some distance between her and the suspect's cabin, Nutter began walking further to the home of Peter and Kristin Kasinskas, knowing that they were foster parents and would want to help, Nutter said.

Kristin Kasinskas was just getting home from work when her dog started barking because someone was walking up her driveway, she told ABC News. It was her neighbor — along with a girl with matted hair and shoes too big for her.

"She came to the door, she knocked, then she actually just opened the door and said, 'Call 911, this is Jayme Closs.' We recognized Jayme immediately, because obviously, we've seen her picture everywhere, everywhere," Kasinskas said.

Closs did not explain how she escaped from apparent captivity, Kasinskas added.

"I think [Jayme] looks thinner than what her pictures showed," Kasinskas said. "She definitely looked unkempt, kind of — she didn't have shoes that were hers. She was wearing really big shoes that she obviously took from wherever she came from. She looked, overall, in good condition, just a little unclean, like she'd been held captive."

In the early hours of Oct. 15, police responded to a 911 call featuring "a lot of yelling," a record from the Barron County Sheriff's Department obtained by ABC News said.

Police arrived to find James and Denise Closs, 56 and 46, shot and killed in their home. Closs was missing and believed to have been abducted.

On Thursday, Kasinskas said she and Nutter sat Closs on a couch and called 911, with someone staying on the line with them until police arrived and took her to a hospital about half an hour later. In the meantime, they talked, Kasinskas added.

"She was very sweet," Kasinskas said. "I asked her some questions about if she'd ever heard of Gordon, Wisconsin. She had not. Stuff like that. Not anything real specific, but she did talk to us a little, talked to my kids a little bit. I introduced her to my new puppy. We kept it very simple and just very calm until the cops got here to take her."

Closs told the women she had been at a house a few doors down from Kasinskas' and that she hadn't known the person who was holding her, Kasinskas recalled, but that it was the same person who killed her parents.

"We probably have walked our dog by that house on numerous occasions," Kasinskas said, although she added she was not familiar with who lived there.

Nutter was "really calm and collected," Kasinskas said, and "did a very good job getting her here, keeping her calm."

But underneath the surface, the women were shocked, Kasinskas said. She told ABC News the moment felt "like it wasn't real," especially since the community was so familiar with Closs' story and had been keeping eyes out for her.

Kasinskas' children recognized Jayme immediately as well — the school district had just done an "event for hope" for her, the mom said.

Kasinskas believes Nutter came to her home "partly because she knew us, of course, but I think she just felt safer knowing my husband would be here, that we'd all be here doing this together rather than her alone."

The town of Gordon is about 70 miles north of Barron, where Closs lived with her parents.

Nutter said she never imagined that she would end up in the center of an ordeal like the teen's disappearance. She did not recognize the suspect, 21-year-old Jake Thomas Patterson of Gordon, but said she thought it was unusual that no one ever came in or out of his home because neighbors tend to be friendly in the small, rural community.

The Barron County Sheriff's Department confirmed on Thursday night that a suspect was taken into custody.

Jennifer Smith, Closs' aunt and godmother, told ABC News they will be reunited on Friday.

"We are just happy everyone kept praying and didn't give up hope, like we didn't," Smith said. "A lot of happy tears in this house tonight."