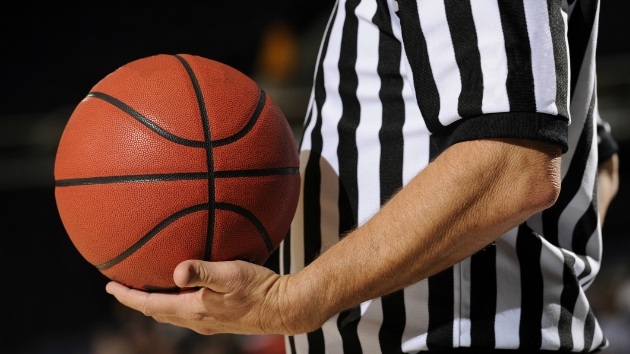 Matt_Brown/iStock(SAHUARITA, Ariz.) — A high school referee in Arizona has been fired after he made a racist comment at a freshman basketball game, according to reports.
Before the game between Pueblo High School and Walden Grove High School in Sahuarita began Tuesday night, the referee asked whether the players had "their green cards," Tucson Unified School District Athletics Director Herman House said in a statement, according to ABC Tucscon affiliate KGUN-TV. The remark was made to a Pueblo High School coach and overheard by a parent, KGUN reported.
The referee was fired the next day, Arizona Interscholastic Association State Commissioner of Officials Brian Gessner told KGUN, saying he was "very disappointed."
Gessner said the comment made have been made in jest, as "officials try to create a relationship with coaches."
"It was said in very poor taste, and we won’t tolerate that type of behavior," Gessner said.
In a statement, the Tucson Unified School District Athletics Director Herman House said he was alerted to the comment by the Pueblo High School athletic director and immediately contacted the AIA. He was later notified that the referee had been "relieved of his duties."
"Tucson Unified School District will continue to investigate and we strongly condemn any comments that have no place in an educational setting," House said.
The referee's identity was not released. Pueblo won the game 51 to 39, according to Walden Grove's online basketball schedule.
The Arizona Interscholastic Association and Tucson Unified School District did not immediately respond to ABC News' request for comment.
Copyright © 2019, ABC Radio. All rights reserved.