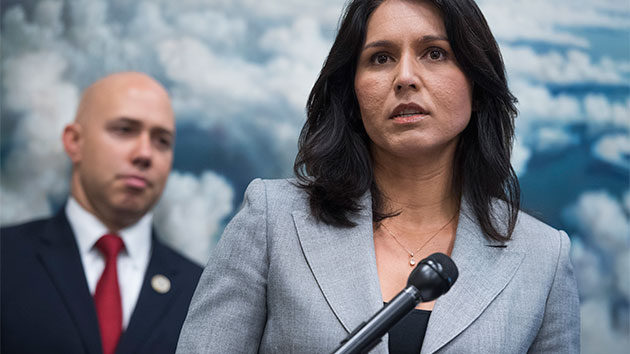 The Democrat and Iraq War veteran who was first elected to Congress in 2012 told CNN's Van Jones in an interview slated to air Saturday evening that a formal announcement of her candidacy will come shortly.

"I have decided to run and will be making a formal announcement within the next week," Gabbard said.

Gabbard, who is also the first Hindu member of Congress, is one of the first major candidates to directly declare a presidential candidacy.

Gabbard sits on the House Armed Services and Foreign Affairs committees and is currently a Major in the Army National Guard.

Within minutes of the news that Gabbard is mounting a presidential campaign, the Republican National Committee (RNC) blasted out a press release detailing her potential vulnerabilities.

"Tulsi Gabbard has an even bigger problem than her lack of experience — it’s that she has no base of support," RNC spokesman Michael Ahrens wrote in a statement released Friday evening.