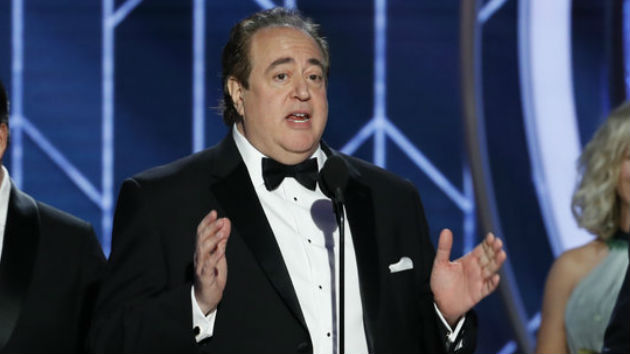 The post seemed to show Vallelonga agreeing with then-candidate Donald Trump's widely-discredited comment that "thousands of Muslims" were seen celebrating in Jersey City after the 9/11 terror attacks.

“100% correct. Muslims in Jersey City cheering when towers went down. I saw it, as you did, possibly on local CBS news,” Vallelonga replied to Trump.

In a statement to The Hollywood Reporter, Vallelonga wrote, “I want to apologize. "I spent my life trying to bring this story of overcoming differences and finding common ground to the screen, and I am incredibly sorry to everyone associated with Green Book."

"I especially deeply apologize to the brilliant and kind Mahershala Ali, and all members of the Muslim faith, for the hurt I have caused," Vallelonga added. "I am also sorry to my late father who changed so much from Dr. [Don] Shirley’s friendship and I promise this lesson is not lost on me. Green Book is a story about love, acceptance and overcoming barriers, and I will do better.”