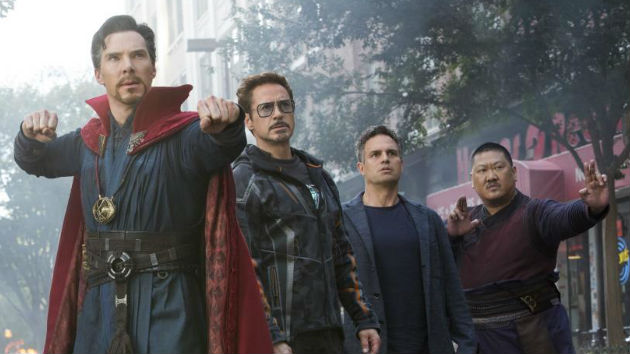 Marvel Studios(LOS ANGELES) — The Oscars could use a few heroes in the wake of the Kevin Hart hosting debacle, and the Academy is hoping The Avengers can save the day.

In lieu of a traditional host, The Hollywood Reporter says the show's producers and the Academy of Motion Picture Arts and Sciences are trying to round up A-list stars to introduce segments and take part in sketches — with a highlight being an Avengers reunion.

The idea isn't that far-fetched, seeing as how the 2013 Oscars telecast featured Robert Downey Jr., Chris Evans, Mark Ruffalo, Jeremy Renner and Samuel L. Jackson — who play Iron Man, Captain America, The Hulk, Hawkeye and Nick Fury, respectively — onstage together. However, the Academy is looking for an even bigger reunion, featuring some of the newer Marvel heroes and villains.

Sources tell THR that specific details are currently being ironed out and that several of the actors were even asked not to present at the recent Golden Globes, so their appearances at the Oscars would have a bigger impact. The appearances would also help promote Avengers: End Game, which opens nationwide April 26.

The 91st Academy Awards will be broadcast live from Hollywood's Dolby Theatre February 24 at 8:00 p.m. ET on ABC.