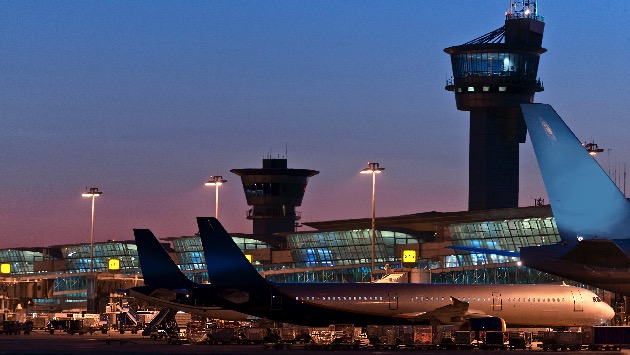 ugurhan/iStock(WASHINGTON) –The National Air Traffic Controllers Association is suing the Trump administration on behalf of the thousands of members of their union that have not been paid during the protracted showdown over border wall funding between the president and congressional Democrats.

The suit, filed in federal court in Washington, D.C., claims the administration has violated the Fifth Amendment by depriving workers of wages without due process and violated fair labor regulations by not at least paying minimum wage to air traffic controllers and others who are exempted from furlough during the government shutdown. The suit also claims the FAA didn't promptly pay overtime to union members, an oversight the union says is also in violation of regulations.

The shutdown is hitting U.S. air traffic controllers particularly hard because their numbers are already at a 30-year low, according to NATCA. The number of fully certified air traffic controllers, as they're called, is 10,500 — the union would ideally like to have 2,000 more. And approximately 2,000 of them are scheduled to retire this year.

The mandatory retirement age for controllers is 56.

Air traffic controllers are generally required to work their highly stressful job of guiding aircraft through the nation's airspace throughout the shutdown without pay.

"It is an unconscionable thing to think that in a profession like ours where safety in the skies is of the utmost importance that we would not get paid," said Jim Marinitti, an air traffic controller in Miami.

More than 200 people were in Washington, D.C., on Thursday afternoon attending a rally organized by the National Air Traffic Controllers Association and leaders from the aviation community over the issue.

Those tasked with keeping U.S. skies safe, with or without pay, had a clear message to deliver: every day the shutdown continues makes the aviation system a little less safe.

"I can't predict what would happen to the system if we had to go on for months or years," said Rob Hoss, a controller based in Tampa, referring to the President Donald Trump's suggestion the shutdown could continue for that long. "There's nobody that can understand that detriment that would be undertaken to the to the flying public if this had to go on any further."

While the shutdown looms, maintenance, inspection, training and modernization programs are deferred. Many FAA safety employees and support staff cannot go to work.

"While we are doing the day to day tasks there's a lot of things that are falling through the cracks," Portland International Airport tower controller Richard Kennington told ABC News. "There's a lot of insidious stuff that the flying public doesn't see that's not happening."