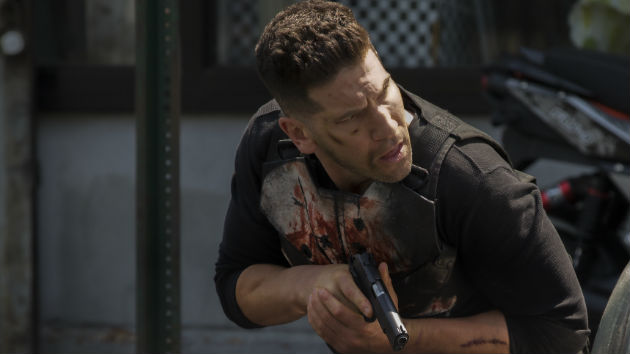 Netflix(NEW YORK) — With eight days until its release on Netflix, the final trailer for the second season of The Punisher has arrived.

Castle comes to the aid of a young woman who's been targeted by a group of men for reasons unknown. The Punisher's reaction is characteristically bloody, and he's the only one left standing.

"It's almost like you were happy for the excuse," Giorgia Whigham, who plays the woman, remarks to Castle.

The trailer also shows more of Ben Barnes' character Billy Russo/Jigsaw, Castle's former friend-turned nemesis. It hints that he's raised an "army" of baddies who wear masks like him. But in his case, he's wearing one to hid the scars Castle gave him at the end of season one.

"He thinks he has the right to judge me?" Jigsaw says as Castle is shown being captured. "I want him to feel what I felt."

“When you think you’ve seen it all, you haven’t quite seen it all” – Netflix releases trailer for ‘Tiger King 2’
What’s the Buzz: Trailer for Pixar film ‘Lightyear’ debuts exclusively on GMA
PA approves statewide opening day of trout season for 2022
HBO’s ‘Succession’ picked up for season four
See Sandra Bullock as an ex-con in trailer for Netflix’s ‘The Unforgivable’
Check out Jake Gyllenhaal and Yahya Abdul-Mateen II in the action-packed trailer for Michael Bay’s ‘Ambulance’