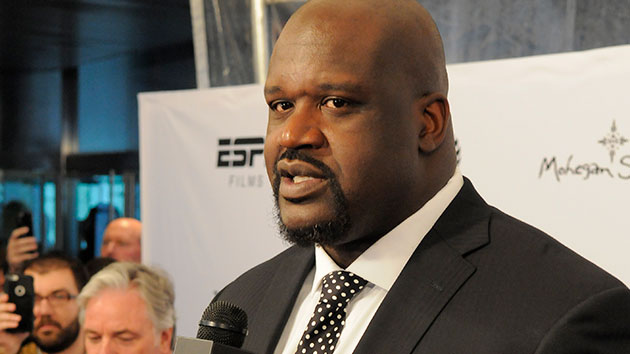 Lorenzo Bevilaqua/ESPN Images(NEW YORK) — It took one cryptic Instagram message for Shaquille O'Neal to start taking his snoring seriously.
Dentist Jonathan Greenburg reached out to Shaq on social media after he saw viral videos of the NBA legend snoring after a long day’s work.
He wrote to O'Neal, cryptically, "Do you want to die?"
The message surprised Shaq, but Dr. Greenburg further explained that his snoring could be a matter of life or death if he did not take it seriously. It caused O'Neal to start thinking more critically about something he had been doing his entire life.
"I thought me snoring was just me releasing all that stress in the work week, but it becomes very, very dangerous," Shaq explained alongside Dr. Greenburg in an exclusive conversation with ABC News.
Dr. Greenburg told Shaq that snoring causes fatigue and can actually increase his risk of heart attack and stroke. Snoring and sleep apnea, because of that fatigue it causes, can also have a negative effect on an athlete's performance. Shaq, wanting to get a better night's sleep and take back his "college body," took Dr. Greenburg's advice and got his snoring checked.
Dr. Greenburg was able to fix Shaq's lifelong snoring issue with a snoring eliminator mouthpiece from Zyppah. The mouthpiece keeps the tongue from blocking a person's airway, which, according to Dr. Greenburg, leads to snoring and sleep apnea:

"It's all about the tongue… it's the tongue falling back, partially blocking the airway is snoring, completely is sleep apnea… you have to keep that tongue from falling backwards."
Shaq says he sleeps better at night and his snoring is finally cured. He even says it is a little easier to nap too:
"I know there's a bunch of hard-working dads and guys like me–we work all day and we just want to get that nap I've been sleeping better… I've been feeling better. I'm starting to get my college body back."
If you are a snorer or have suffered from sleep apnea in the past, Dr. Greenburg recommends visiting a sleep expert. It can result in less fatigue during the day and decrease your risk for heart attack and stroke.Copyright © 2019, ABC Radio. All rights reserved.