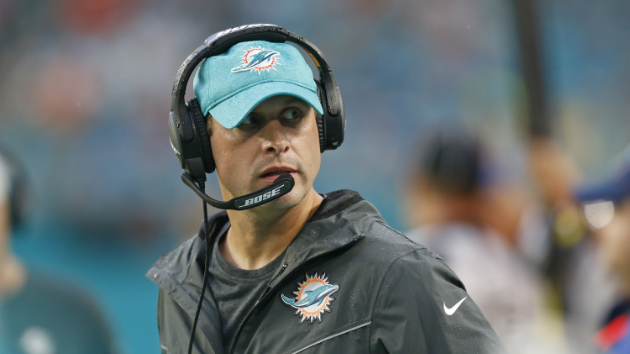 Joel Auerbach/Getty Images(NEW YORK) — It appears the New York Jets have chosen their next head coach.
ESPN reports the team is expected to bring former Miami Dolphins head coach Adam Gase on board to lead the squad.
Gase, 40, was fired by Miami on Dec. 31 after three seasons with the team. During his time with the Dolphins, the team went 23-25 but beat the Jets in five of their six matchups.
The Jets have been searching for a new head coach since firing Todd Bowles after their last game this past season. Under Bowles’ leadership, New York went 24-40 in four seasons without any playoff appearances.
Copyright © 2019, ABC Radio. All rights reserved.