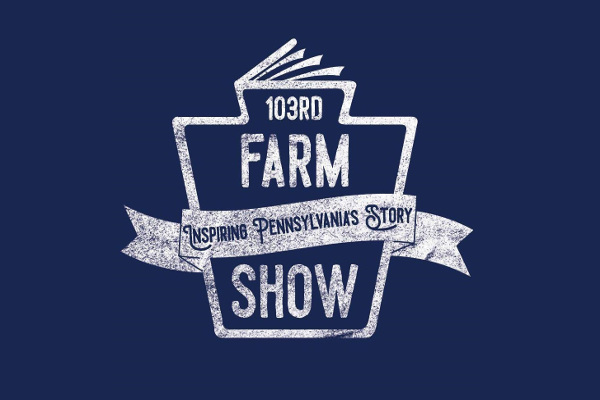 Harrisburg, PA (AP Newswire) – Dancing tractors, farming drones and story time with Miss Pennsylvania are among the attractions that will draw hundreds of thousands to the annual Pennsylvania Farm Show for the rest of this week.

It started on Saturday and will continue until this Saturday, Jan. 12 at the Farm Show Complex in Harrisburg. This year’s theme is “Inspiring Pennsylvania’s Story,” which is reflected in a half-ton butter sculpture featuring a firefighter, police officer, and dairy maid.

New to the show this year are a craft beer competition and a market inside the main hall with cheese, honey, maple products and vegetables for sale by the state farmer’s market association.

The vast exposition space features the usual livestock and agricultural products, but also branches out into robotics, antiques, cooking demonstrations and informational programs on food safety, selling eggs, and how to prepare for a cheese party.

Attendees can learn how to build rain barrels, what it’s like to be a veterinary pathologist and how to start keeping bees.

Information about owning and caring for small ruminants? They have that. Wondering which whoopie pie ranks as the state’s best? They’ll decide it. Want to know all about butterflies? They’ll tell you.

The food court is famous for its milkshakes and mushrooms.

This marks the 103rd show for what bills itself as the country’s largest indoor agricultural event, with 12,000 competitive exhibits.

Admission is free, but parking in the complex’s lots costs $15.

Day 5️⃣ may be in the books, but there’s no need to shout. Day 6️⃣ isn’t going to the highest bidder. We’ll see you tomorrow for another great day at the #PAFarmShow!#PAFS19

Harrisburg, PA – It doesn’t get any “butter” than this! The half-ton butter sculpture for the annual Pennsylvania Farm Show in Harrisburg was unveiled last Thursday.

Among the people who lifted the cover on the massive sculpture was Gov. Tom Wolf and Agricultural Secretary Russell Redding, the sculptors themselves, and representatives from the dairy industry.

Charlie Batch, the former quarterback of the Pittsburgh Steelers and a two-time Super Bowl Champion, was also there to help reveal the new butter sculpture. He said milk was one of the “super foods” that helped power him through youth sports and into the NFL.

The sculpture was made from butter donated by Land O’ Lakes in Carlisle, Cumberland County.

The artists, Jim Victor and Marie Pelton, have been making the sculptures each year since 2003, but the tradition goes back all the way to the World’s Fair. They have to start in early December to complete the sculpture on time.

This year the theme is the Choose PA Dairy “Find Your Power” campaign. It shows several people wearing superhero capes, including a firefighter, doctor, athlete, soldier, and a dairy farmer.

It’ll be shown in the Farm Show’s Main Hall throughout the show, which lasts from this Saturday until next.

Although the butter can’t be eaten afterward, it doesn’t go to waste. After the Farm Show, the butter will be taken to a farm in Juniata County to be converted into renewable energy in the farm’s methane digester.

The anticipation is over! Watch with us as we unveil this year’s half-ton butter sculpture with Governor Tom Wolf, Secretary Russell Redding and the American Dairy Association Northeast. #PAFS19 #ButterSculpture19

Posted by Pennsylvania Department of Agriculture on Thursday, 3 January 2019 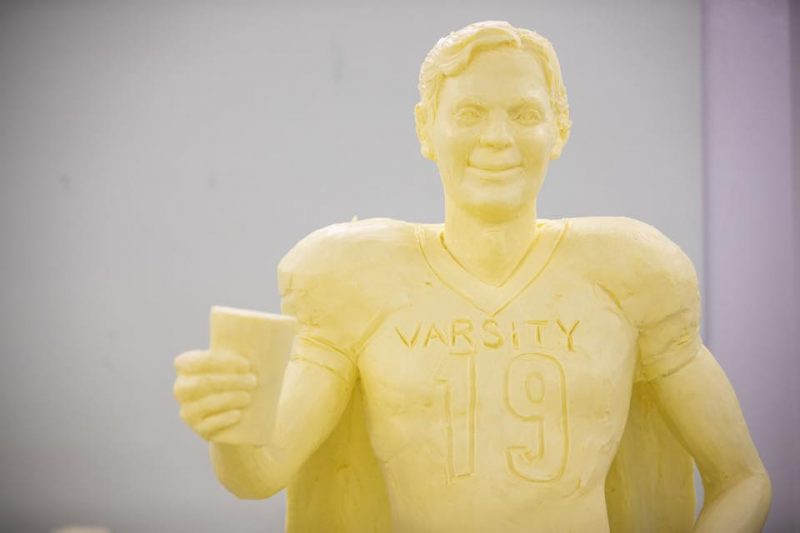 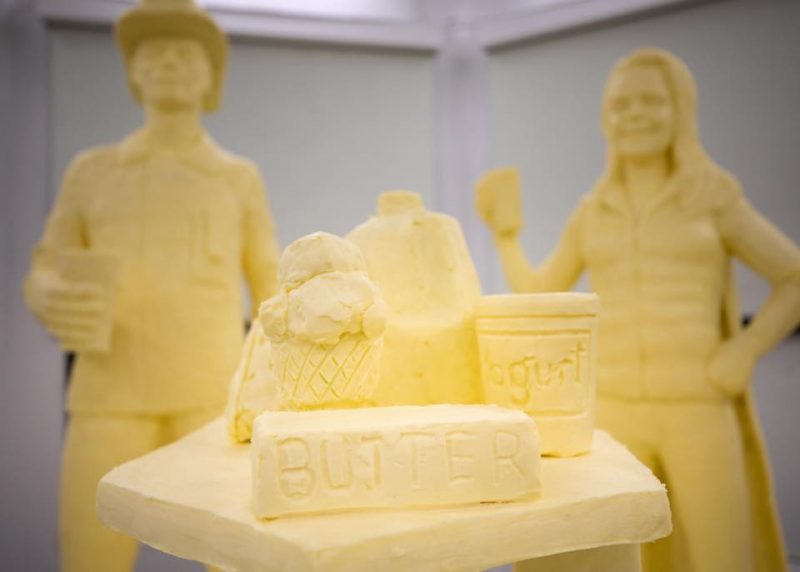 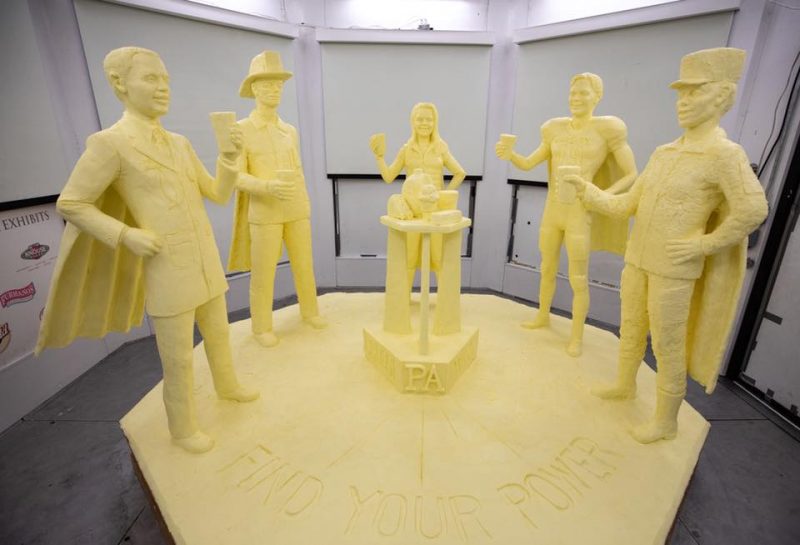