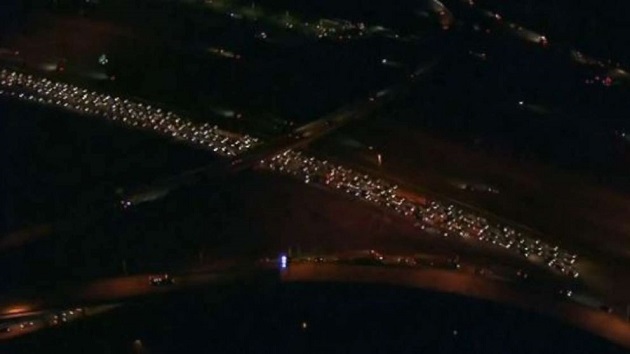 WPVI-TV(PHILADELPHIA) — A naked man who drove at least 10 miles the wrong way on Interstate 95 Wednesday night has been captured by police.
No one was harmed, but traffic was backed up for miles, according to ABC Philadelphia station WPVI-TV.
Police have not revealed the identity of the man, who was apprehended near Philadelphia International Airport after authorities deployed spike strips to flatten his tires.
The naked suspect, whose journey apparently began in Delaware, was unharmed after his vehicle slowed and struck a state police car and finally came to a stop. He was taken to a hospital for evaluation.
Charges have not yet been filed against the man.
The investigation is ongoing.