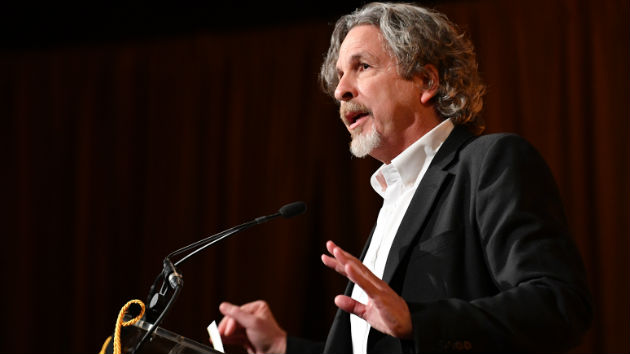 Photo by Dia Dipasupil/Getty Images for National Board of Review
Posted on January 10, 2019 by ABC News

Photo by Dia Dipasupil/Getty Images for National Board of Review(LOS ANGELES) — A day after the writer of Green Book, Nick Vallelonga, deleted his Twitter feed over a controversial 2015 tweet, the movie's director Peter Farrelly has apologized for a decades-old transgression which may further hurt the multiple-Golden Globe-winning drama's Oscar chances.

Farrelly, who with his brother Bobby directed the gross-out hits There's Something About Mary and Kingpin, has apologized for publicly exposing himself for comedic purposes — "decades ago." Rumor had it, Mary co-star Cameron Diaz was one of his targets.

"True. I was an idiot," Farrelly said through a rep in a statement obtained by ABC News. "I did this decades ago and I thought I was being funny and the truth is I’m embarrassed and it makes me cringe now. I’m deeply sorry."

On Wednesday, Vallelonga's Twitter feed was deleted after a post resurfaced that seemed to agree with then-candidate Donald Trump's comment that "thousands of Muslims" were seen celebrating in Jersey City after the 9/11 terror attacks.

According to IndieWire, in his tweet, Vallelonga claimed to have witnessed the same thing. He tweeted to Trump, "I saw it, as you did, possibly on local CBS news."