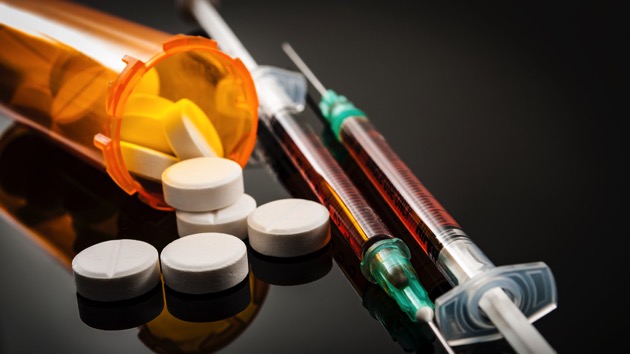 Moussa81/iStock(ATLANTA) — As the number of drug overdose deaths continues to rise, the social awareness of the epidemic has as well. Even celebrities are opening about their addiction issues.
The drug epidemic, however, has affected far more people than previously thought. Death by drug overdose is classically more common in men but a report released by the Centers for Disease Control and Prevention on Thursday shows that women, specifically middle-aged women, are also increasingly affected.
Prescription pill overdose rates are now rising more sharply in women.
Prescription painkillers are opioid narcotic drugs such as Vicodin (hydromorphone), Dilaudid (hydromorphone) and Oxycontin or Percocet (oxycodone). Per the CDC, for every death of a woman taking these drugs, there are 30 more women who end up at an emergency department due to abuse of these drugs.
There was also a drastic increase in death from the use of illegal opioids such as fentanyl and heroin. The overall death rate in women within this age group has increased by 260 percent from 1999 to 2017. But the rate of death has notably increased the most with synthetic opioids. In fact, the death rate from fentanyl increased by 1,643 percent and 915 percent from heroin during this time period.
The exact cause of why women are now disproportionately becoming more affected is unknown. We do know that women who are victims of domestic violence or who have undergone a traumatic life experience such as divorce or loss of a partner or child are more likely to abuse substances. Anxiety, depression and panic attacks are also commonly present with drug abuse.
Women can become addicted faster than men despite using less drugs.
Research has shown that sex hormones can make women more sensitive to the effects of certain drugs. Women tend to use a smaller amount of drugs for a shorter period of time before developing drug cravings and becoming addicted. They are also more likely to relapse after treatment.
Educating doctors and the public about the specific risks in women is the first step in combating this growing problem.
The CDC report has highlighted the need for efforts aimed at decreasing these death rates in vulnerable populations such as middle-aged women. Women with depression, anxiety or pain should be approached with a discussion that includes the consideration of unique biopsychosocial circumstances to attempt to prevent the development of addiction in the first place.
Copyright © 2019, ABC Radio. All rights reserved.