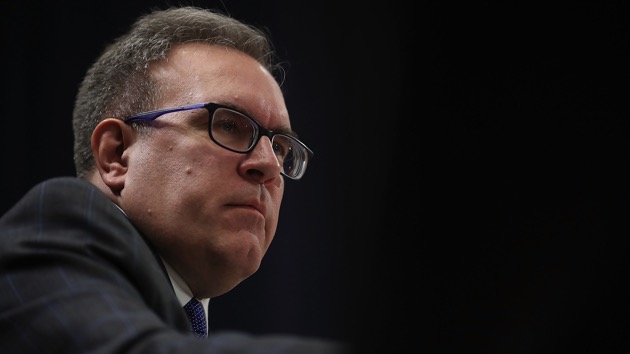 Win McNamee/Getty Images(WASHINGTON) — President Donald Trump has officially nominated Acting EPA Administrator Andrew Wheeler to take on the position permanently.
In a statement, Wheeler said he is "honored and grateful" for the nomination.
“For me, there is no greater responsibility than protecting human health and the environment, and I look forward to carrying out this essential task on behalf of the American public.”
Wheeler took over as acting administrator from his deputy role after former Administrator Scott Pruitt resigned amid a growing list of ethical scandals. He has continued to pursue Trump's agenda of rolling back environmental regulations.
Environmental groups have criticized Wheeler for what they say are conflicts of interest, saying that he lobbied for regulated industries like coal companies and pursued policies that benefit them since he took over at the agency.
Though Wheeler was confirmed by the Senate before he became deputy administrator, he will have to face questions about the agency's decisions over the last two years again before he can transition from acting to full administrator.
Copyright © 2019, ABC Radio. All rights reserved.