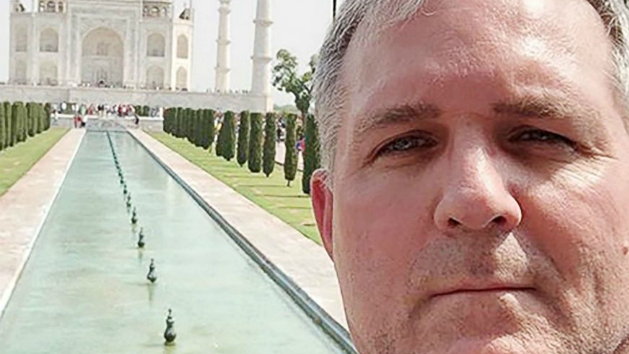 Whelan family(MOSCOW) — The Kremlin has rejected suggestions it could have seized the former United States Marine arrested in Moscow on spying charges as a political hostage.
"Russia never uses people as pawns in a diplomatic game," the press secretary for Russian President Vladimir Putin told reporters Wednesday, the Kremlin’s first comments on the case of Paul Whelan, who is currently in a Moscow prison and accused of espionage by Russia's domestic intelligence agency.
Russia’s Federal Security Service or FSB detained Whelan in his hotel room on Dec. 28, accusing him of conducting “spying activity” but has provided no more details on the allegations against him. His family has said that Whelan, a global security director for an American car parts supplier, was in Moscow for an old friend’s wedding and that it is impossible he is a spy.
The Kremlin was responding to comments from Britain and Canada, which have both expressed concern that Whelan, who also holds Canadian and British citizenship, could have been arrested as a political bargaining chip.
Britain, Canada and Ireland are all offering consular assistance to Whelan in addition to the U.S.
Britain’s foreign secretary, Jeremy Hunt, last week warned Russia against using “individuals as pawns in diplomatic leverage.”
“Our position is very, very clear,” Hunt said in a television interview on Sky News. “Individuals should not be used as pawns of diplomatic leverage, used in diplomatic chess games. We need to see what those charges are against him to understand whether there is a case or not.”
Hunt’s position was echoed by Canada’s foreign ministry, which in a statement said it was “extremely concerned” by Whelan’s detention and noted “detention should not be used as a political tool.”
The Kremlin on Wednesday though denied it ever used individuals in diplomatic bargaining.
"It's true that Russia engages in counterintelligence with respect to those suspected of spying. This is done on an ongoing basis but Russia never uses anyone as a pawn," Peskov said.
The U.S. is taking the lead on providing consular assistance to Whelan, and the U.S. ambassador, Jon Huntsman, visited him in Moscow's Lefortovo prison last week. Secretary of State Mike Pompeo has also called on Russia to provide more details of the charges and warned that if they inappropriate, the U.S. will demand Whelan's release.
Some former U.S. intelligence officers have speculated Whelan may have been taken in retaliation over the jailing of Maria Butina, the Russian gun rights activist who last month pleaded guilty in a U.S. court to acting as a foreign agent. She has admitted to trying to infiltrate American conservative political circles.
Whelan’s Russian lawyer has suggested that Whelan could later be exchanged for Russians held in U.S. jails, including Butina.
Peskov declined to comment on the suggestion that Whelan could be traded, referring reporters to statements by Russia’s foreign ministry that it was too early to discuss any exchange.
Whelan’s lawyer, Vladimir Zherebenkov, told ABC News that any trade in any case could only occur once Whelan has been convicted, which he said would likely take six months to a year.
Russia has raised its own suggestions that the U.S. has taken its own hostage after the FBI arrested a Russian man on arms smuggling charges. Dmitry Makarenko was detained in the Northern Marianas Islands, a U.S. territory in the Pacific a day after the FSB said Whelan was arrested in Moscow. Makarenko is now being tried in Florida, accused of trying to smuggle night-vision equipment to Russia.
Copyright © 2019, ABC Radio. All rights reserved.