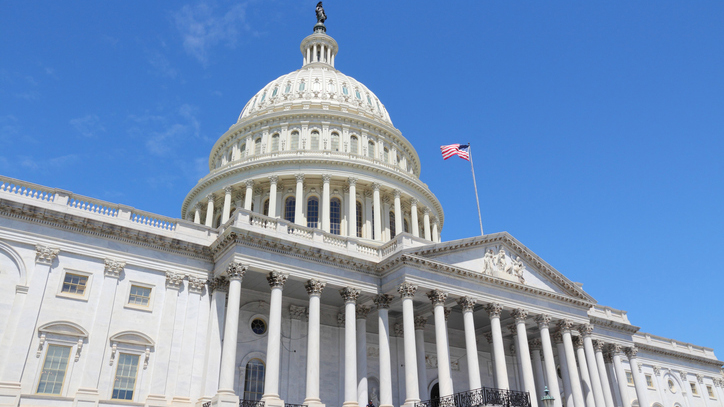 tupungato/iStock(WASHINGTON) — House Democrats passed a bill to reopen the IRS and Treasury Department, pressuring Republicans to break from President Donald Trump and end the partial government shutdown without funding the president’s $5.7 billion request for a border wall.
The $23.7 billion measure is not expected to advance any farther in the legislative process, with Senate Republicans vowing to block it from a vote in the upper chamber and the White House threatening to veto the bill if it ends up on the Resolute Desk.
Last week, seven Republicans supported a Democratic effort to pass a package of six appropriations bills to fund areas of government that have been shuttered since Dec. 21.
Eight Republicans joined a Democratic majority Wednesday night to approve a vote on the Financial Services & General Government spending bill by a tally of 240-188. GOP Reps. Brian Fitzpatrick, Jaime Herrera Beutler, Will Hurd, John Katko, Adam Kinzinger, Elise Stefanik, Fred Upton and Greg Walden all supported the measure.
Herrera Beutler and Kinzinger are the latest Republicans to break party line to end the shutdown. Rep. Pete King, who voted in support of last week’s omnibus, opted to oppose the Financial Services bill on Wednesday.
If signed into law, the bill would send tens of thousands of federal employees back to work and reopen over 20 federal agencies, including the Internal Revenue Service, the Small Business Administration, Federal Communications Commission and the Securities and Exchange Commission.
The White House preempted Wednesday’s vote with a veto threat.
“The administration is committed to working with the Congress to reopen agencies affected b lapsed appropriations, but any effort to do so must address the security and humanitarian crisis on our Southwest border and should restore funding for all agencies affected by the lapse,” a statement of administration policy declared. “Moving these four bills without a broader agreement to address the border crisis is unacceptable.”
With negotiations to end the shutdown at an impasse, Democrats have pledged to continue voting on individual appropriations bills – with votes on two more appropriations bills Thursday covering Agriculture and Interior appropriations.
On Friday, the House will vote on the Transportation appropriations bill.
“House Democrats want to open the government, but the president and the Senate Republicans continue to obstruct and delay instead of working with us to get the people’s business done,” Appropriations chairwoman Nita Lowey said leading into the vote. “The solution to this crisis is simple: pass the bills where we can agree, and extend funding for Homeland Security for a month to allow time for negotiation on border security and immigration policy.”
House Majority Leader Steny Hoyer has signaled that the House will vote next week on three remaining bills – Homeland Security, Commerce, Justice, Science; and State, Foreign Ops, & related agencies.
More than 800,000 federal employees are impacted by the shutdown, including more than 420,000 employees who are on unpaid furlough, and 380,000 “essential” bureaucrats working without pay.

Ashley Tisdale shares what it was like to star in the horror game ﻿’House of Ashes’
Bill Hader explains why he’s so tired working on ‘Barry’ after the pandemic, and making ‘Addams Family 2’ with parents in mind
Manchin raises concerns over billionaires’ tax as Democrats scramble to close social spending deal
Manchin speaks out about his tough bargaining with Biden, fellow Democrats
Punxsy man’s vehicle damaged by group of people in Big Run
Truth Social could provide Trump with infusion of cash — but critics are concerned about its content