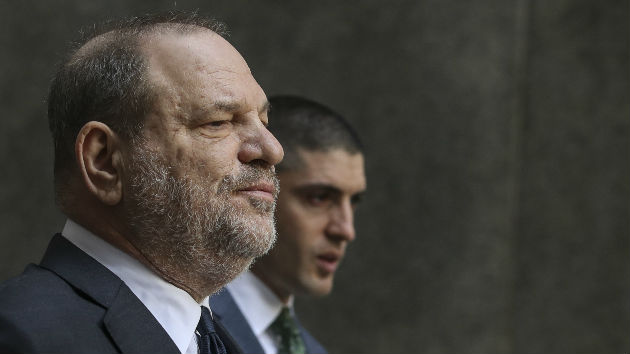 The tentative date was agreed to by Weinstein’s attorneys and the Manhattan District Attorney’s office, add the sources. Neither party offered a comment.

Weinstein's facing five criminal counts of rape and sexual assault, all of which he's denied. A sixth count against the film producer was dismissed in October after prosecutors revealed to the defense that they'd discovered a written account from Weinstein's accuser that suggested the encounter that prompted the count against him was consensual.

The disgraced movie mogul due in court for a pre-trial hearing on March 7.