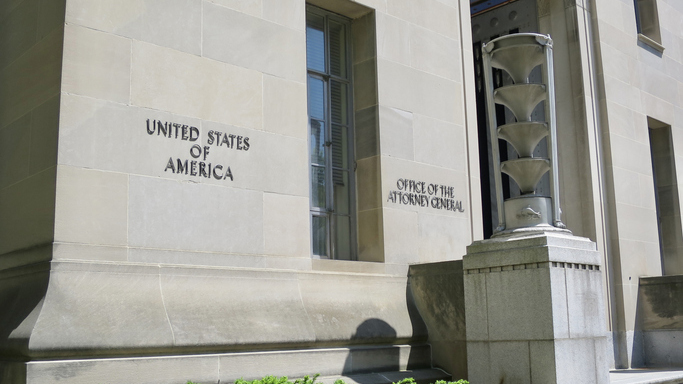 Phillip Nelson/iStock(WASHINGTON) — The president's nominee for attorney general, William Barr, said Wednesday that he doesn't think special counsel Robert Mueller is on a "witch hunt," doesn't think he should be fired and is committed to making sure that Mueller finishes his investigation, according to Republican Sen. Lindsey Graham.
Graham, who chairs the Senate Judiciary Committee, spoke after meeting with Barr, who was making the rounds with senators ahead of his confirmation hearing scheduled for next week.
He said it took about "three seconds" for him to get the answer he was looking for concerning what Barr thinks of Mueller.
"I can assure you, based on what I heard, he has a high opinion of Mr. Mueller, believes that Mr. Mueller is doing a professional job – will do a professional job and will be fair to the President and the country as a whole and has no reason for Mr. Mueller to stop doing is job and is committed to letting Mr. Mueller finish," Graham said.
Graham said there was "absolutely no indication he was going to tell Bob Mueller what to do, or how to do it."
He went on to say Barr told him that he thinks it is "a moment for the country and we need to think this thing through, in terms of the discretion of a president to fire a political appointee."
Graham also told reporters that Barr said he wants the report Mueller is expected to produce to be "transparent."
"When the report is handed over, what do you intend to do with it?" Graham said he asked Barr.
Barr responded, Graham said, that he would "go through the process of what I can share with the Congress and the public, erring on the side of transparency."
After Trump fired then-FBI director James Comey in May 2017, legal experts suggested Mueller was pursuing an obstruction of justice case against the president.
In June 2017, Barr sent a letter to Deputy Attorney General Rod Rosenstein arguing that a potential obstruction of justice inquiry into the president is "fatally misconceived."
On Wednesday, when asked by ABC News Chief Justice Correspondent Pierre Thomas to assess Rosenstein's performance at the Justice Department, Barr replied: "Excellent."
Graham says Barr intends to tell senators why he wrote the letter.
The South Carolina Republican went on to say that pursuing an obstruction of justice charge for firing a political appointee is a "slippery slope" and that he shares Barr's view.
Mueller and Barr worked together in the early 1990s when Barr was Attorney General under President George H.W. Bush and Mueller was the head of the DOJ's Criminal Division.
Graham said Mueller and Barr are "best friends" and have known each other for over 20 years, their wives have been in a Bible study group together and Mueller has attended the weddings of two of Barr's daughters.