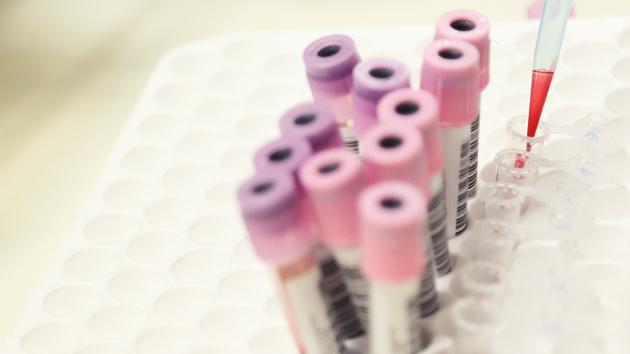 blueshot/iStock(PHOENIX) — Police in Arizona served a search warrant on Tuesday to collect DNA from male staffers at a long-term care facility where a woman gave birth while in a vegetative state.
The 29-year-old woman, who's been comatose for more than a decade, gave birth to a baby boy at Hacienda HealthCare in Phoenix on Dec. 29, sparking allegations of sexual abuse and concerns about patient safety.
Hacienda, a healthcare provider for "medically fragile and chronically ill" children and young adults, according to its website, said it welcomed the investigation.
"Hacienda stands committed to doing everything in our power to bring this police investigation to a quick conclusion," a hospital spokesperson told ABC Phoenix affiliate KNXV-TV. "We will continue to cooperate with Phoenix Police and all other other investigative agencies to uncover the facts in this deeply disturbing, but unprecedented situation."
The young woman's identity was withheld, but the San Carlos Apache Tribe confirmed she was as a member. A spokesperson for the tribe said it is "deeply shocked and horrified" by the alleged abuse. The child is being cared for by the woman's family.
"When you have a loved one committed to palliative care, when they are most vulnerable and dependent upon others, you trust their caretakers," San Carlos Apache Tribe Chairman Terry Rambler said in a statement Tuesday. "Sadly, one of her caretakers was not to be trusted and took advantage of her. It is my hope that justice will be served."
Longtime CEO Bill Timmons resigned on Monday, a move backed by the firm's board of directors, and the state's Department of Health Services said it would mandate the facility to operate under stronger guidelines for the time being.
Hacienda declined KNXV's request for an on-camera interview earlier this week, but it said it planned to get to the truth of what it called "an unprecedented matter," according to a statement.
"As an organization, Hacienda HealthCare stands fully committed to getting to the truth of what, for us, represents an unprecedented matter," the company said. "We are already conducting a comprehensive internal review of our processes, protocols, and people to ensure that every single Hacienda resident is as safe and well cared for as possible."
Arizona Gov. Doug Ducey said he'd been briefed on the situation and called the "reports deeply troubling."
"Our top priority is patient safety," Ducey said in a statement Friday. "To that end, we are re-evaluating the state's contract and regulatory authority as it relates to this facility and have been working closely with state agencies to ensure all necessary safety measures are in place."
Copyright © 2019, ABC Radio. All rights reserved.

Boy found dead in home died from blunt force, abandoned siblings left in ‘unspeakable’ conditions
Gwyneth Paltrow reveals she “almost died” when giving birth to her first child
What to know about Jessica Rosenworcel, who was nominated to become first woman to lead FCC
9-year-old boy’s remains found in home with abandoned siblings, death ruled homicide
Amanda Seyfried recalls the “trauma” resulting from the difficult birth of her son
Gal Gadot teases that her children will make a cameo in the next ‘Wonder Woman’ movie