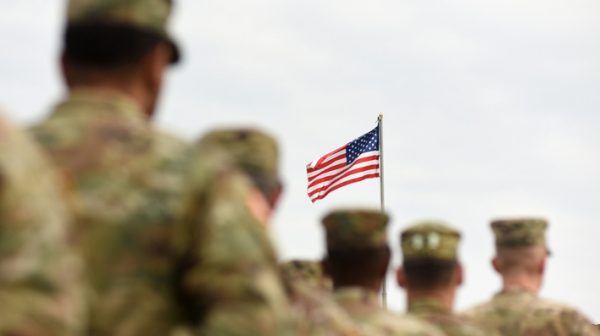 Bumblee_Dee/iStock(WASHINGTON) — As the partial government shutdown continues for a third week, veteransgroups are sounding the alarm because what they say is the disproportionate impact on America's veterans and a growing fear that financial uncertainly could lead to self-harm.
An estimated one-third of the federal workforce is made up of veterans, according to the Office of Personnel Management, meaning that more than 250,000 veterans are not currently receiving paychecks.
"This shutdown has consequences that go beyond loss of pay," the Union Veterans Council said in a statement this week. "Financial instability is one of the main cause of suicides among the veterans’ community. These hard-working men and women who sacrificed so much for their country should not have their families held hostage by lawmakers that cannot relate to living paycheck to paycheck."
Edward M. Canales is a local union president with the American Federation of Government Employees and a veteran liaison officer who serves as a resource to veterans working in the U.S. Bureau of Prisons west of the Mississippi River.
He told ABC News that he's received numerous calls from veterans who aren't able to support their families during the shutdown and express "no positive outlook on the future."
"If this shutdown does not stop, we are going to have fatalities. We're going to have suicides," he said.
Canales, a U.S. Army veteran himself who deployed to Iraq during Operation Desert Storm, said he is referring calls to the Department of Veterans Affairs hotline out of concern that a veteran will self-harm.
He called the shutdown "shameful," saying its "slapping every veteran in the face who has served their country."
As a special investigative service technician who worked in the federal prison system for 26 years, Canales is currently not receiving his retirement pay.
Toby Hauck, a six-year Air Force veteran, is an air traffic controller in Aurora, Illinois, who has gone without a paycheck since Dec. 31. He told ABC News that his father and grandfather served in the U.S. military and now his son and daughter-in-law are deploying overseas at the end of the month.
Hauck and his wife, a neonatal intensive care unit nurse, will be looking after their two-and-a-half-year-old granddaughter during the ten-month deployment, and the continued lack of pay causes added stress to their already hectic jobs, he said.
"We are hardworking, proud American employees doing a job for the American public that is essential as an air traffic controller," said Hauck, who is also a representative for the National Air Traffic Controllers Association. "It's not acceptable as a veteran, as a federal employee, as an air traffic controller to use my profession and my livelihood as a political football."
"[Veterans] are very proud of our heritage and what we've done for the country. And those of us who continue to serve the federal government as a federal employee continue that pride throughout their careers," he added.